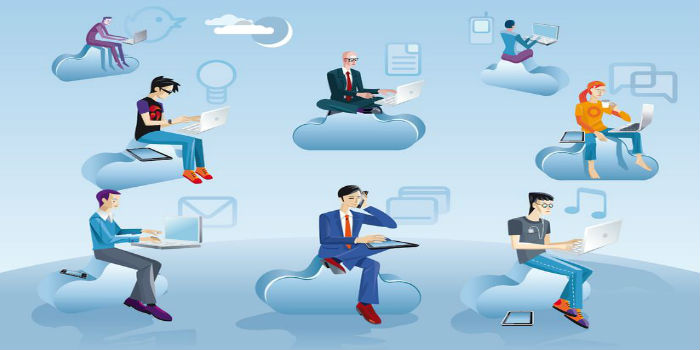 A long time ago, in a galaxy that now seems far, far away coders used to work in a hub that wasn’t unlike a college campus. Now, they code in something very similar to a high pressure kitchen of a luxury hotel.

These days customers are much more demanding and have highly refined technological palates. Nearly everyone has a Smartphone so they are constantly using their favourite apps and many are power users of those apps. And just to add an extra layer of complexity they’re spread out all over the globe in every possible time zone. The old ways of building and deploying software, if tried in the industry today, would result in car crash coding, damaging brand integrity and ending brand loyalty for many people. CloudBees have what an increasing number of people consider to be a solution. Essentially, they market a Platform as a Service (PaaS) that’s built for the new ultra high pressure coding environment. Their PaaS enables enterprise clients to build, test and deploy Java applications.

“once you’ve experienced the shift, it becomes hard to remember or figure how things were being done in the past.”

CloudBees White Paper: The Cloud as a Tectonic Shift in IT. 2012

A crucial feature of CloudBees offering, which they outline in a whitepaper, is that it supports continuous integration for Java apps. This helps to ensure the successful deployment of software updates, protecting brand integrity and keeping power users happy. Previously, Java developers were feeling left out of the PaaS revolution.

This is where the clever folks at CloudBees saw another market gap that they turned around into an opportunity. As a list of the company’s achievements in CrunchBase makes clear, CloudBees has won investment backing of tens of millions of dollars which is recognition not only of its vision but its ability to realize that vision. This has also been recognized by respected industry analysts, Gartner when they put CloudBees in their PaaS Enterprise Application Magic Quadrant. They shared the same space with RedHat, IBM and SAP as you can see – that’s pretty impressive. 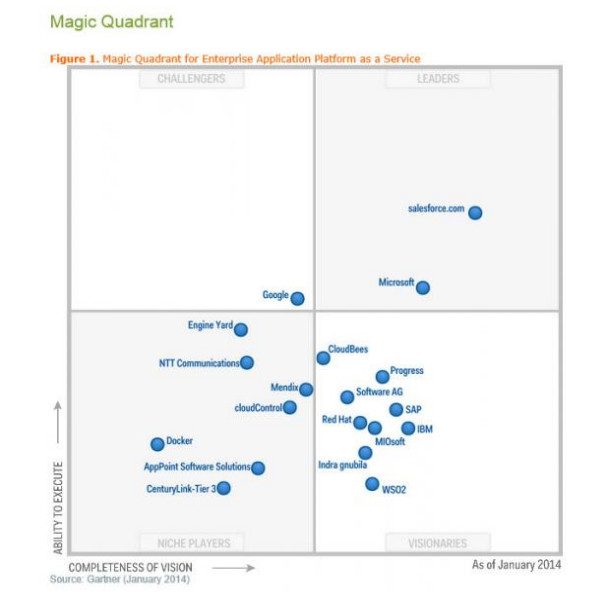 Here is a simple yet very effective explanation on how CloudBees works:

Naturally, for a rising star in the tech world they have a local connection: in mid 2013 CloudBees bought FoxWeave from Tom Fennelly, its Irish founder and CEO. FoxWeave’s contribution boosted the integration capabilities offered on the CloudBees platform. Its value-add is derived from the business imperative that applications built on cloud platforms have to integrate in a wide infrastructure of other applications and services. FoxWeave’s objective was to make this integration run smoothly and efficiently with minimum coding. According to Joab Jackson writing in CIO, FoxWeave can be used by non-technical staff as well as  IT staff.

Also in the same Gartner Magic Quadrant as CloudBees is another PaaS innovator, Engine Yard. Engine Yard offers a model of PaaS this time for Ruby on Rails, PHP, Node.js and Java developers. This enables them to build their apps on and run them from the cloud platform. And there’s an Irish angle to this operation too: The firm set up its EMEA HQs in Dublin in 2011.

Among other pillars of their business model they focus on deep community involvement in their specialist technologies like Ruby. This has been recognised in a number of industry awards including being named as the SD Times 100 Award Winner two years running.

PaaS is liberating developers from the tyranny of infrastructure management and trouble-shooting. It lets them focus on where the real value is in the software market: Features. Punters want WOW  in their apps, they demand elegant coding and software with reach and power. Firms deploying the Apps want creative coding that will capture this wow factor. But at the same time customers expect their applications to be robust and fully compatible with the fluid, messy infrastructure they’re working in. The only sting in the tail we can forsee, is going to be for the current Enterprise PaaS companies out there.