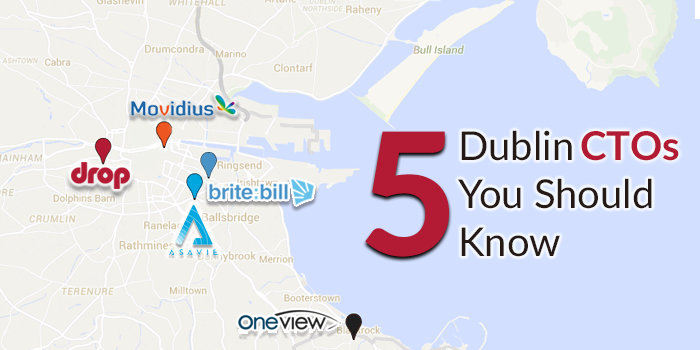 The Chief Technology Officer or CTO is responsible for driving their organisation’s technology strategy, but like all C-Suite executives they are expected to provide input to the CEO’s business strategy as well.

A good CTO will have a very strong engineering background. They need to establish credibility among their organisation’s engineers and technologists.

Additionally, they’ll need solid experience as a leader and they must have shown a faculty for strategic thinking about how technology will change the industry they’re working in. This should have provided a foresight that anticipates how new technologies will disrupt established business and create new opportunities.

“First and foremost, a CTO must care about and understand the business, and have the ability to shape business strategy through the lens of technology. The CTO is an executive first, a technologist second.” – Camille Fournier

Dublin is home to the world’s leading technology organisations. The role of the CTO in a global organisation involves navigating a complex landscape of opportunities and threats on an international scale.

In this post, we have featured 5 CTOs you should know in Dublin’s technology community who are leading their technology organisations on the global stage.

These 5 CTOs are taking the lead in some of the most intriguing growing companies in our community; Oneview Healthcare, Asavie, Brite:Bill, Movidius and Drop. 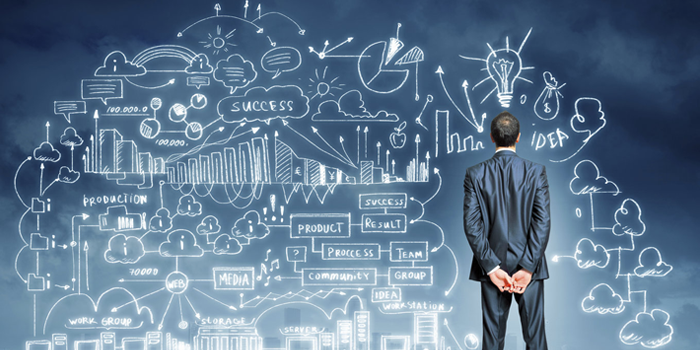 Phillip Urrea is CTO of Oneview Healthcare, which is based in Blackrock Co. Dublin. Oneview is a truly global software company and an ascendant star in the Irish med-tech industry.  Oneview’s mission is to help hospitals revolutionize patient experience through next-generation technology.  Oneview’s solutions are deployed on thousands of mobile devices and tablets in hospitals throughout the world – from the UCSF Benioff Children’s Hospital in San Francisco to the Chris O’Brien Lifehouse cancer treatment and research centre in Sydney Australia.

With offices in Dublin, Dubai, Atlanta, Pittsburgh, Sydney and Melbourne, Oneview has raised over US$ 32M since 2013.

Tom Maher is CTO at Asavie, an award winning Irish software firm that is scaling globally.  Their patented software defined network technology is a connectivity platform used by telecom carriers and enterprise customers throughout the world from AT&T in the US to Vodafone, and over 20,000 customers globally.  The Asavie platform offers an extensive range of connectivity and management solutions for globally distributed systems and devices in key markets such as Internet of Things (IoT) and enterprise mobility.  And, with the number of IoT connected devices expected to grow to over 24 billion in less than 10 years, Dublin based Asavie is poised to be a leader in this space.

Founded in 2004 and headquartered in Dublin, Ireland, Asavie has offices in the United Kingdom, Germany, Spain and the United States.

Jim Hannon is CTO at Brite:Bill, another award winning Irish software company. Brite:Bill’s technology is an innovative billing communications platform that is used by Tier One telecom operators around the globe. Canada’s telecom giant, Rogers, recently rolled out the Brite:Bill solution as part of Roger’s strategy to overhaul their customers’ experience.  Brite:Bill also recently announced wins in the US with Sprint Corp., one of the US’s largest telecom providers.

Brite:Bill technology delivers highly personalised bills across multiple channels and devices, from online self-care to mobile and tablet. In 2014 Brite:Bill was named a “Cool Vendor” by Gartner Inc.

Founded in 2010, Brite:Bill is headquartered in Dublin, Ireland and has offices in London, Madrid, Kansas City, Toronto and San Francisco.

David Moloney is CTO at Movidius. Movidius is a vision processing company that develops both the hardware and software to power visual sensing for applications such as virtual reality headsets, drones, home automation, robots, medical devices and wearables.

Their processing units use parallelism to crunch vast volumes of data coming from the solution’s sensors.  Their most recent chip can handle 600 megapixels per second which is the same as processing six HD cameras at once.  As well as being high performance, the Movidius product also aims to be energy efficient for the scale of processing that they perform.

Movidius have raised over US$ 85M to date and just this month it was announced that Google will use the Movidius technology to power its new virtual reality headset.

Tim Refern is CTO at Drop – a connected kitchen scale with interactive recipe platform, making it possible for anyone to bake with ease, regardless of experience.

The idea behind the Drop solution is to place great baking results in the grasp of ordinary bakers. Drop discovered that one of the reasons for outcomes falling far short of expectations in the kitchen is the inaccurate measurements of ingredients.  The Drop solution offers a remedy for this. Once the Drop app picks up the quantity of one ingredient it will confirm to the user when they have enough and move on to the next step in the recipe.

As well as being available online to buy, the connected kitchen scale is on sale in every Apple Store in America, Canada and the UK and has since expanded to Target in the US, Lakeland in the UK and as far as Apple stores in Australia and New Zealand.

Drop was founded in 2012 in Dublin, Ireland and is based in San Francisco and Dublin and raised US$ 2M in seed funding at the end of 2014.

These 5 CTOs from Dublin’s technology community are in the vanguard of designing and implementing technology strategies for growth, market penetration and operational scaling. They are role models for start-up CTOs and are a group for which we can safely say “Watch this space”!