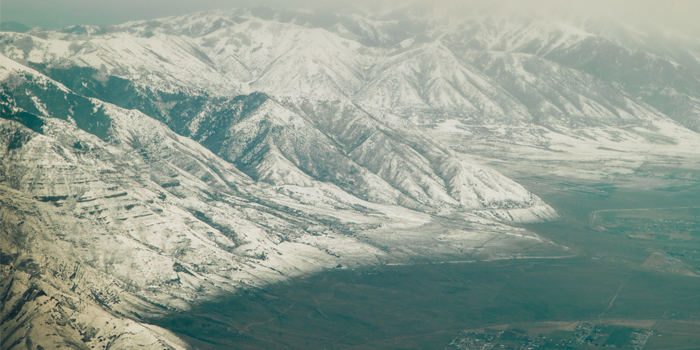 For years the place that has been eponymous when anybody mentions tech companies is Silicon Valley. Home to companies like Facebook, Google, Apple, LinkedIn etc. and with a thriving tech and entrepreneurial ecosystem it has been held aloft.

However, in recent years there has been another location that has been gaining traction and producing some growing tech companies soon to be household names the world over. Utah wouldn’t be the first place to spring to mind, but the Silicon Slopes is home to an array of enterprising and innovative companies who have enjoyed immense success in recent years.

Forbes named it as the third best state to do business in 2017 following on from a three year period as number one showing that the state’s infrastructure and foundations provide the right environment for businesses to thrive. This is backed up by the American Chamber of Commerce who rank Utah highly across various areas when it comes to innovation.

Despite it not being the first state to come to mind the state does have a history that is tied to technology. It was the home of the first electronic television transmission in 1927 and everyone’s favourite retro gaming company, Atari. It has strong ties to the ARPANET. Novell and WordPerfect rose here in the 1980s; Fusion.io was acquired by SansDisk, Overstock.com pulled off an IPO in 2002, and Ancestry.com dominates online genealogy. Recently, Adobe bought Omniture, for $1.8 billion in 2009. This technology history is supported by an acknowledgment of the state as one of the leaders in sales with companies like Microsoft and Oracle choosing it as a location for sales and support. 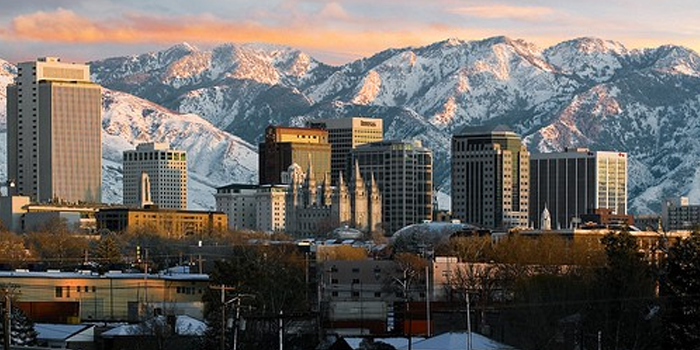 Additionally, the state has a strong academic foundation with a number of top universities providing local tech talent for these companies. This enables these startups to grow naturally from their own networks and local community rather than facing the challenges of recruiting external talent until they are ready.

This history and structure has begun to cumulate in recent years as Forbes declared Utah as “Cloud Computing’s new capital” and mentioned companies like Qualtrics, Domo, and Pluralsight, 3 Unicorns who are leading the way. These companies are already valued highly and feature in the top 20 of the Forbes Cloud 100. Qualtrics an enterprise analytics company offering companies the chance to understand the X-data associated with their business is valued at over $2.5 billion, has over 1500 employees and is located in 9 countries. Domo is a Business intelligence SaaS company, with a valuation of $2.3 billion and finally, Pluralsight is an online learning platform for people working in technology with a valuation over a billion.

The ecosystem is much more vast than these massive successes with other companies like InsideSales, (another Unicorn) Workfront, Vivint, Health Catalyst, Bamboo, Teem, Lucid Software Software, Chatbooks, Instructure, Backcountry, DevMountain all stemming from the Silicon Slopes. 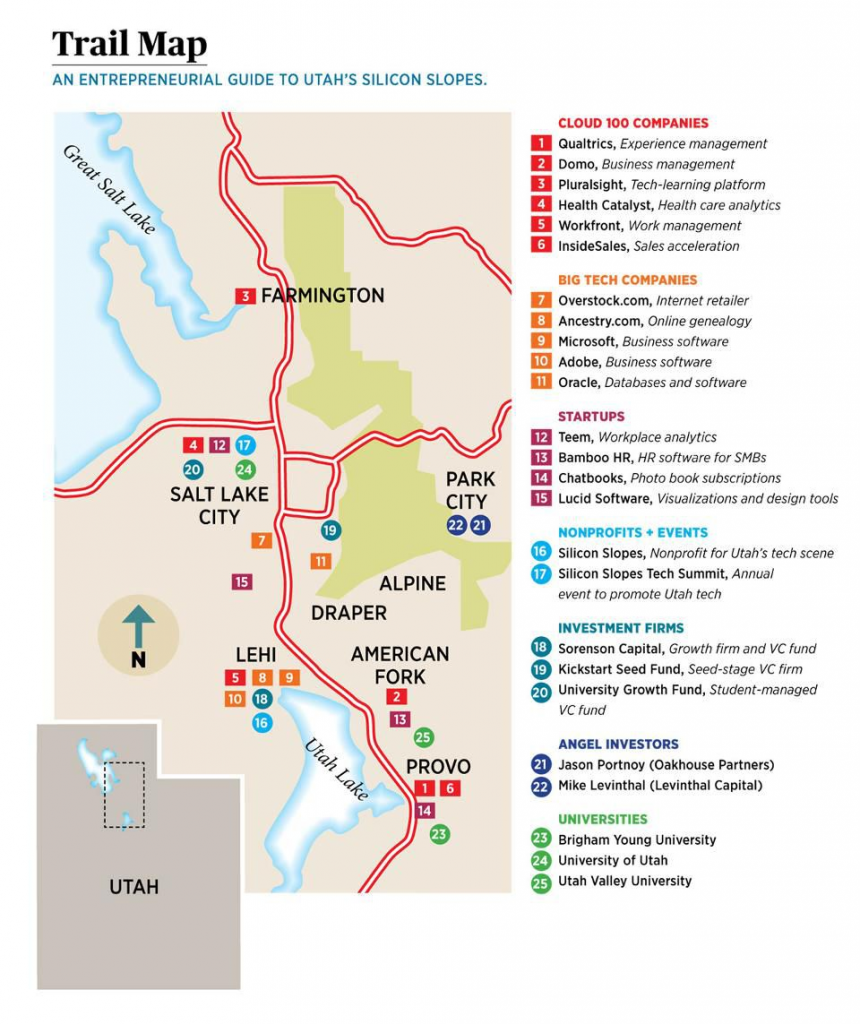 There is a collaborative culture across these slopes that is enabling these companies to share their experiences and learn and grow together. Events like the Silicon Slopes Tech Summit which began in 2017 and which attracts thousands of speakers and has had some premier speakers show the strength of the region.

An exciting development as part of this has been the addition of some of these companies to the Irish tech scene which has been strongly pushed by the IDA.

Qualtrics have established their EMEA headquarters in Dublin city centre. Arriving in February 2015 with 6 people they now employ more than 300 people across all functions and are continuing to grow with a recent commitment to double or even treble their headcount over the coming years.

Pluralsight were the most recent Utahn company to declare their arrival to the Dublin technology scene announcing in December 2017 that they would be establishing their EMEA headquarters and recruiting more than 150 people.

Also in 2017 InsideSales announced 120 new jobs in Ireland as they established an R&D centre here based on AI and Machine learning.

Finally, Ancestry.com were one of the originals arriving to these shores in 2012 and currently employ more than 120 people in Dublin while Overstock set up a development centre in Sligo in 2013.

There has been a concerted effort to bring these companies to Ireland but they have also recognised the strong technical talent present in Ireland, the pro-business environment and the scrappy and resourceful nature of the people.

The above bodes well for Ireland and the Irish tech community and adds to the great companies already operating in Ireland. While the Silicon Slopes may be seen as a growing alternative to Silicon Valley one thing they both have in common is in choosing Ireland and the Silicon Docks as a base for their international expansion. 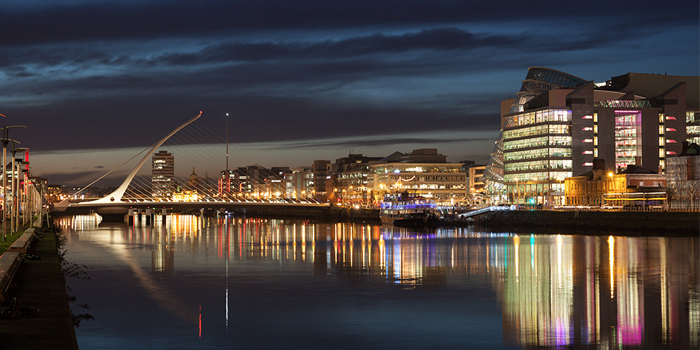