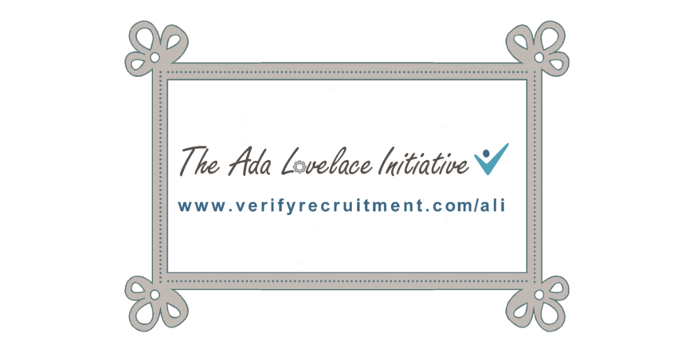 Ada Lovelace was born on December 10, 1815, to poet, George (Lord) Byron and Heiress, Annabella Millbanke. Byron abandoned his wife and daughter soon after Ada was born. She was brought up by Annabella.

Despite this little Ada took after her mother by demonstrating a precocious scientific intelligence. She had a mathematical and scientific education and showed a genius for invention: as a child she designed boats and flying steam engines. Her surname, Lovelace, came from her marriage to William King-Noel, 1st Earl of Lovelace in 1835.

In 1833 she met Thomas Babbage who had spent years trying to design a mechanical computer which he called the “analytical machine”. The idea engrossed Ada and in 1842 she wrote a lengthy set of notes which contained, what some argue, is the first computer Algorithm.

Ada died at the age of 36, the same age her father was when he died, and in a sense never really escaped his shadow. The name she gave her life’s work was “poetical science”, suggesting a lifelong attempt to connect with her father’s legacy.

But her work on the analytical engine ensured her position as a pioneer in computer science. The first Ada Lovelace day was launched in the UK by Suw Charman-Anderson 6 years ago to celebrate Ada’s life and achievement.

One of the issues she wanted to highlight by this special day was what she saw as the low profile of women in science, technology, engineering and mathematics or STEM. Today countries all over the developed world have started their own Ada Lovelace day.

The original organisers have an annual Flagship event in London that includes scientific demos, portrait exhibitions, entertainment and a post-events party.

The organisers also encourage people to organise their own local Lovelace days. In Ireland the numbers and profiles of women in technology became a current issue when last Wednesday, Professor Mike Hinchey, director of the Irish Software Research Centre Lero, said:

“At a time when [The]European Commission has warned that there could be a digital skills gap resulting in up to 825,000 vacancies in Europe by 2020, girls need to be encouraged and STEM subjects made more relevant if the technology sector is not to continue to lose this vital talent pool at an early age”.

Verify Recruitment has addressed the same issue with its own Ada Lovelace Initiative (A.L.I). The aim is to reach over 5000 students across the country by the end of the year to communicate the quantity and variety of career opportunities on offer in STEM.

The initiative focuses on reaching young women, but the talks are also suitable for male students and mixed schools.

We’re inviting women working in technology to give talks to students across the country. The discussion will cover what they do in their job; their start in the industry; the subjects they enjoyed in school and the hobbies they had growing up.

The initiative aims to reach as many girls as possible so a woman who has successfully established a career path in industry will inspire and demonstrate to the girls that women can be and are successful in STEM careers.

Role models can deliver invaluable advice and give the students a taste of the real-world of technology.

The first A.L.I visit took place when Amanda Hay, Software Engineer with TripAdvisor, visited Mount Carmel Secondary School in Dublin in May of 2015. Amanda told the transition year students her personal story about school and college days and how she made her career decisions along the way.

Verify is currently looking for A.L.I role models working in Ireland. They are professional women across a broad variety of roles in technology to visit a school each to tell their story. Read more about The Ada Lovelace Initiative here.