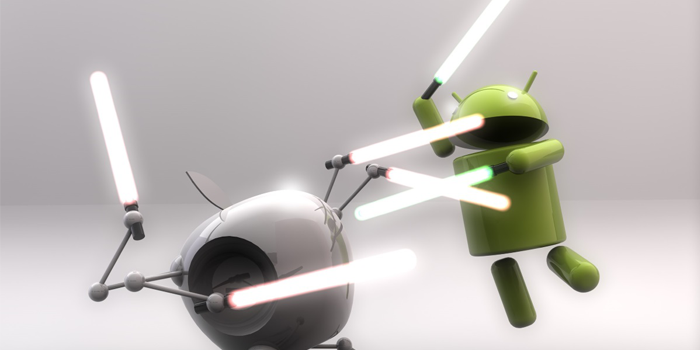 It is one of the great battles of our generation. Google vs Apple, Android vs. iOS and now ARcore versus ARkit.

With the recent announcement by Google of their ARcore as a competitor to the ARkit of Apple we have landed upon another area, the race for control of Augmented Reality,  in which these two companies will look to gain an upper hand.

This release marks Googles big surge to AR and does so in a loud way starting from the name.

Firstly, to explain AR, or augmented reality, it is the combination of real and virtual images in Realtime. The viewing of AR is typically done via a device. While augmented reality glasses are being developed by different companies at rapid rates, there are still no large contenders on the mass-consumer front. Thus, we currently rely largely on handheld devices, such as a smartphone or tablet, to view AR overlays on our world. AR is a growing and increasingly complex industry in which these two superpowers of smartphones are once more pitching against each other. What are ARkit and ARcore?

Now to explain what ARkit and ARcore are; they are both developer frameworks (SDKs), or a set of developer tools and services, that allow developers of apps and games to write software that will allow their apps and games to easily use in-house developed AR tech to create great augmented reality experiences on Android and IOS. While consumers will not be able to recognise when an app has been built with one of these frameworks we can expect the number of AR-ready apps to increase as the workload is reduced for developers.

Google first started into AR with Tango whereas this is the first excursion by Apple so Google should bring some more market exposure and expertise and hence one would expect an advantage. Despite this buying Metaio, Flyby, Faceshift and Primesense has helped Apple catch up and have some of their own advantages in place. Thus we can say that there is little learning curve advantage between the two.

Apps designed and built with these frameworks will require immense power and will be limited to the top of the range models currently on the market.  It goes without saying that Apple’s ARKit will be restricted to iOS devices (running iOS 11), while Google’s ARCore will be limited to Android 7.0 (Nougat) or higher. This means that both will coexist as the demand for iOS and Android phones coexists. While Android phones have a larger market share (there are more than two billion active devices currently), Apple does not need to rely on OEM’s and doesn’t have the problems of the fractured Android market and supply chain with numerous players. However, Google are working with their phone manufacturers to ensure that the latest phones meet the standards required for these apps to perform at the quality and performance levels that they expect. Looking at the devices, we can say that Google holds the upper hand in terms of market share but Apple has much greater control over their devices meaning that there is little to separate them in this area.

Google states that ARcore is built on three fundamentals of Motion Tracking, Environmental understanding and Light Estimation. Additionally, they are building supplementary apps and services to ease the workload of developers including  Blocks and Tilt.

There have been some initial suggestions about the technical strengths of one framework when compared to the other in terms of ARkit possessing stronger hardware and tracking reliability while ARcore has an advantage in mapping and reliable recovery due to retaining a larger map. In areas like calibration and lighting the frameworks seem equal. At the moment, it does largely seem as they if they will be neck and neck technically and to the common users of these devices the differences will be indistinguishable so once again there is little competitive advantage to be found.

Interestingly and perhaps pivotal in this battle, Google are hoping to bring AR to the Web by unveiling a prototype web browser allowing developers to create AR-enabled platform neutral websites. These custom browsers will allow developers to create AR-enhanced websites and run them on both Android/ARCore and iOS/ARKit. This could be the area in which Google gains its real strength as it enables users to visit sites and link that to their surroundings.

Overall, we can say that the success of one over the other may come down to initial market penetration and Google’s aims to push AR to the web.

Realistically, we won’t know which of these enables better AR development until we start to see these apps being brought to market and the different possible usages of AR being tested by product and development teams. These frameworks can both produce consumer-ready AR apps but now it becomes a question of what to build and which platform handles these app ideas better. We must also remember that these are version 1 of these frameworks and there will be improvements and additions made over the coming years that may place one kit above the other.

The potential for augmented reality is vast as developers will be looking to create a diversity of applications across different industries. It will be interesting to see what developments take place over the coming months and to see how far developers can push AR with these first version SDKs.

A final question to consider is what of the other players in the AR space. The AR/VR market is expected to be worth over $100 billion by 2020 so it is certainly not only going to be shared amongst these two. Microsoft are considered by many to be a forefront of the technology with their Hololens and Mixed Reality Platform but theirs is an issue of market share. Facebook are flexing their muscles within this space, Samsung have indicated they won’t give up on it and there are innumerable large organisations and small start-ups vying for some element of control. We will have to wait and see which of these companies make a move and if any can wrest some control from Google and Apple.

One thing is for sure, we are in for an exciting few months now that these two tech giants have laid their cards on the table in the battle for the AR development framework.