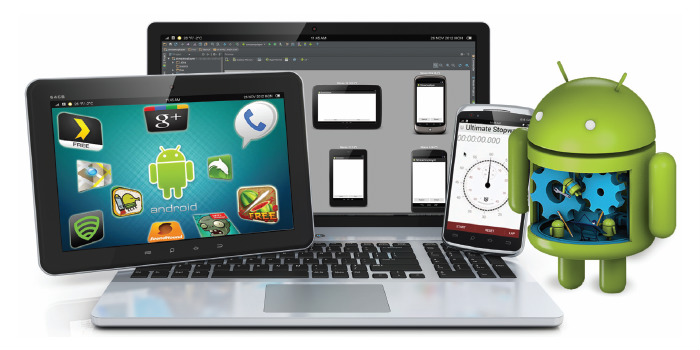 Any brief for an Android development team will place a strong emphasis on UX or customer experience because there’s a pretty clear market imperative for their code being user-centric.

But who thinks about UX for Android engineers when they’re using app development tools?

Google wants the industry to believe they’re thinking about the coder experience when they’re app building in Android Studio.

Google released the Android  Studio 1.0 beta version at the annual I/O event in the US on the 25th of June this year. It was first made available in May 2013, again at Google’s I/O event.

Android Studio is an Integrated Studio Environment or IDE; it provides a coding environment and set of tools that engineers can use to develop Android applications.

Both Tech Republic and Znet report that Google are no longer developing the ADT plugin for Eclipse.

According to Xavier Ducrohet, Tech Lead for the Android Studio team, the “strong” focus for Studio 1.0 was its integration with Gradle. The feedback from the android coders they spoke to was that upgrading to a new version of studio meant upgrading Gradle as well and risking the buildscript not working.

Studio has a Gradle-based build system that uses a plugin allowing coders to develop build files or build gradle files which will generate the same output in any environment whether it’s from an IDE, a command line or a CI (Continuous Integration Server).

The new build system will also make it easier to create variants of the app’s AKP file. (These are the files that allow access to apps ahead of their general release date).

It also aims to make it easier for developers to reuse code and resources: one of the salient things fed back to Google was the need for more code libraries. Overall, the Gradle Plugin makes it easier to manage the build process.

Not unexpectedly, it’s much easier to integrate an app built in Studio with The Google Cloud Platform. It supports the Google App Engine, which offers high availability and auto-scaling with all the back-end management taken care of by Google. This is in addition to Cloud Endpoints and Cloud Messaging services.

If you’re importing from Eclipse to Studio 1.0 Beta, as Google would like you to do, Android Studio will do a lot of the hard work separating your data into a much deeper file structure. Eclipse doesn’t have libraries or resources.

Navigation and layout is a big selling point in this beta release and was certainly popular when it was demonstrated at its launch in the Google I/O back in June.

The “Android View” option in the new Studio offers a much flatter, easier to navigate file system: all build scripts are in the same location, all manifests are in the one place and code is, likewise, in the one location.

Also, the vast amount of resources accumulated in a project are organised in a much flatter file structure with launch icons that makes finding items again much easier and quicker.

Android Studio is built on IntelliJ IDEA technology and as such, projects are organised in modules and library modules; each module can be  “run, tested, and debugged independently“. Modules can also be dependent on other modules and each has its own build.gradle file.

Android Studio’s project wizard unsurprisingly makes it easier to do things that Google want Android developers to do – like building their apps to be compatible with Google devices and making it more marketable to the devices using Google Play Store.

The Wizard gives users the options to select the form factors such as wearables (watches), TV and Google Glass. You can also see how your app looks on different shaped screens like a square or circular screen (as shown in the screenshot below). This will allow you to pivot the project if it doesn’t look well. 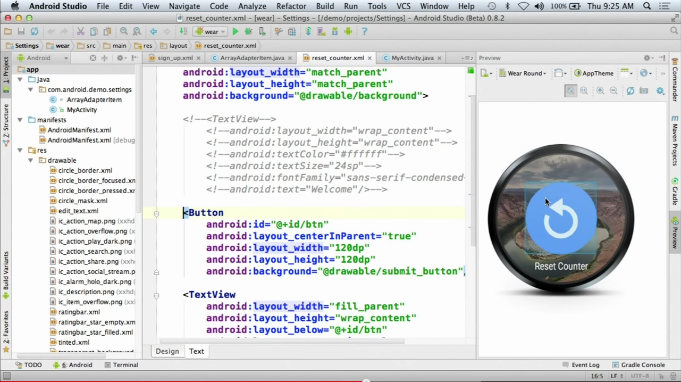 And on the same form factor you can see how the app appears when aligned left or right, again allowing you to pivot early on in the project. There’s also a re-factoring feature that enables the user to correct all the attributes on the app.

The Developer’s interest is certainly being given primacy in this offering but how does the end-user benefit?

This release is comparatively new so the results on customer satisfaction with the new Android apps built in Studio 1.0 aren’t in yet.

If Android Studio is successful in making app building more efficient in both time and effort this means coders can invest more resources into improving UX quality and making more powerful applications, creating more satisfied customers which will be a measure of just how successful Android Studio is.