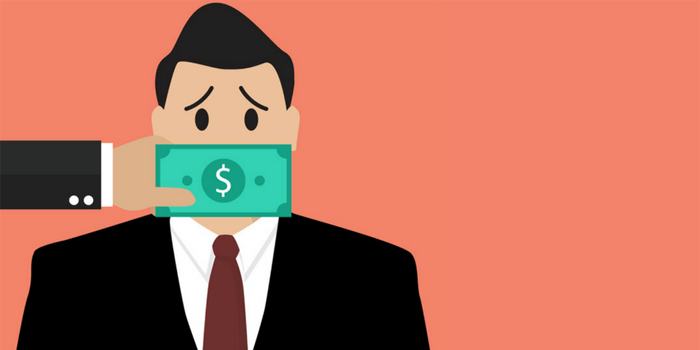 Our blog this week comes from the excellent Irish Tech Community slack channel, http://irishtechcommunity.com. A common complaint for candidates can be when job adverts and recruiters are unable to inform them on the salary and related benefits for a role in which they are interested.

This is another question which pops up frequently and another which we were putting off blogging about as while it’s not an awkward question it doesn’t really have a satisfying answer.

Salaries are a strangely secretive thing. People don’t talk about them. So, you end up with this culture where entire sectors of professionals having no idea how much their skills are worth. They say money isn’t everything, but your mortgage broker will disagree with you!

It’s crazy when you think about it. Any survey you read says that adding a salary to a job advert increases applications by between 30% to 50%. People like to know what they’re getting into! People working in the tech industry can afford to be picky about the jobs they apply to as it is a job-rich and candidate poor market. With this in mind, there is no reason to actually turn them off your advert.

However, there are some reasons why you might not get the information from the advert or even from the recruiter to whom you are speaking.

A fairly common answer when we ask a Hiring Manager / Internal Recruiter “What is the salary band on this?” is “Oh, we’re open”

So, we do not know what the salary is, at all. Obviously, we can make a decent estimate based on the market rate for that type of hire, level of experience, the location of the office. However, it will only be an estimate and doesn’t take into account the vagaries of internal company dynamics.

In this instance, just tell the consultant what you’re targeting, and we’ll send you to the client on that basis. If it’s too much money, the client will tell us. (That’s usually when we find out what the salary band is for a role!)

2) THE COMPANY ISN’T SURE HOW MUCH MONEY THEY WANT TO PAY.

For some companies, it might have been a while since their last round of hiring. They know they want to hire someone and what that position looks like. They don’t know how much those skills cost so they say, “we’re open on salary!”.

It’s only when a CV hits their inbox at 10K over the vague figure they had in their head (or maybe 10K over what they’re earning themselves!) that they realise “Oh no! We don’t want to pay that much!”

The managers may be unaccustomed to figuring out salaries – indeed, in many companies, the people making hiring decisions don’t know how much money their team is making. That info is held by HR, who don’t decide on the skills and experience portion of the role. The two decisions should be made together but they’re not…

HR has the goal of keeping costs down – which is very important. There’s no point in hiring a €160,000 coding god or ninja or superstar in this quarter if you can’t afford to hire anyone else for the rest of the year.

However, you do need to properly pay the people you hire. Otherwise, another company will whisk them away with a higher salary…

4) THE COMPANY ACTUALLY IS OPEN ON SALARY

Sometimes the company really is open. They do have a bit of a budget but if someone amazing comes along, they’ll move the goalposts. They don’t want the salary range to turn off someone perfect from applying because it’s 5K below what the candidate is targeting.

Also, a lot of career sites allow for searches based on salary range so it’s possible your advert wouldn’t even be seen. If companies are happy to pay to get the best they have to have their names in the hat.

5) THE COMPANY IS HOPING FOR A BARGAIN

If the salary range is on the advert, the company will have to at least pay the lower end of it. The candidate might have been happy with less, but they won’t accept it now they know the company will pay higher!

It’s not ethical but it is pragmatic. You’d be amazed at some of the low salaries we have heard from very experienced and talented individuals. (This is why it’s good to keep an eye on the market and know your value!). Lots of companies would be delighted to have hired those persons at a far cheaper than expected hiring cost.

Salaries can be one of the most contentious areas in the recruitment process. Some smaller companies really are looking for the best talent at any price but in an extremely competitive market, companies are slowly starting to recognise the need to be as transparent as possible with potential candidates and this means being open when it comes to salary ranges.

If you have any career or recruitment questions for Verify to answer, comment on our page on LinkedIn, tweet @VerifyCommunity or send them over to candidate@verifyrecruitment.com