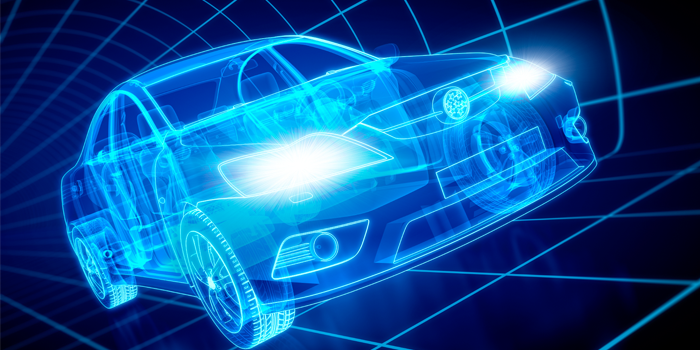 Earl Nightingale once said “All you need is the plan, the road map, and the courage to press on to your destination.” While this quote may have been about human character and development, it can equally be applied to autonomous vehicles.

The companies pursuing self-driving automobiles are courageously pushing the boundaries of technology, as I discussed recently in my blog posts on technologies such as LiDAR and 5G connectivity. The next piece of the self-driving puzzle that companies are racing to solve is the maps that will actually guide the cars.

Maps may not be viewed as one of the more thrilling areas of development in driverless car technologies considering the various GPS technologies and navigational maps that we already have at our disposal. However, the HD digital maps required for autonomous vehicles must surpass existing technologies to be able to locate cars, curbs, turns and other objects with near exact precision.

The industry is split currently regarding the necessity for mapping technologies. While the majority of big players in this space are striving to develop mapping technologies, others believe that the mapping will be somewhat redundant by the time development is completed. While most companies are working under the assumption that maps will be required, the team at Ford is “looking at the possibility” of developing algorithms that won’t require these maps.

Google, in the guise of Waymo, is primed to lead the HD map market due to their scale and past success in mapping but there are numerous other challengers. HERE a company owned by Daimler, BMW and Volkswagen with investment from Tencent and Intel are looking to solve this problem as well. Similarly Tesla and Bosch are pursuing HD maps and these big players are being joined by innovative startups like Civil Maps, DeepMap and Carmera.

Despite the competition heating up with these big players working on HD maps, it’s a greenfield opportunity for the companies involved and a potential billion dollar industry could result from the expected subscription model that these companies will utilise.

Automobile companies have realised that the most efficient method of attaining these maps is to share their data with companies like Mobileye in a moved inspired by Crowdsourcing. Mobileye are pulling data into their Global Roadbook and looking to expedite the development of these maps, something that will only be quickened further by the recent acquisition by Intel.

These HD Maps will explore a much deeper level than any maps before and will augment the various sensors that will be equipped to the car. They will allow the cars to have foresight of their routes and expected environment and thus reduce the data load for the sensors and highlight irregularities in these routes. In order to achieve this, these maps must be able to locate the car and the different elements, both static and mobile, of its environment.

There will be a number of layers of data being simultaneously recorded and fed to the cars. Different companies are taking different approaches to map the roads, the changing road conditions and dynamic elements of the environment and also try to reflect how people would drive in these areas but all are looking to provide more detail and increase the safety of autonomous vehicles.

According to HERE, the company’s mapping platform has three layers; a mapping layer, a dynamic layer and an analytics layer.

The mapping layer will be “a map that goes from curb to curb, with all the geographical attributes; lane markings and signage that might entail, down to centimetre accuracy.” The dynamic layer is the ‘live’ portion of the HD Live map. Information here can come from many sources: road network sensors, fleet data, information from government and municipal sources, and from the sensors of other cars on the road. The aim of the analytics layer is to ultimately see highly automated cars drive like humans do – not robots. With the analytics layer, HERE records around 80 billion road traffic probes and can see exactly how different humans approach any given stretch of road, and form driving profiles as a result.

Looking to Ireland, companies like Esri are exploring the possibility of operating in this space. Working with HERE, Microsoft and TomTom, Esri are part of a collective challenging Google.

HD maps may not be generating the same level of excitement in the industry as technologies such as Lidar and 5G have so far, but they are equally important to the eventual success of a self driving car and may possibly even more profitable for the eventual market leaders.

We could assume that it will be one of the behemoths like HERE or Waymo who will eventually wrestle control of this market, but it’s great to also see start-ups getting funding and providing innovative solutions in the race towards autonomous automobiles, and certainly great news for companies in Ireland to be playing a role in this industry as they do in so many others.