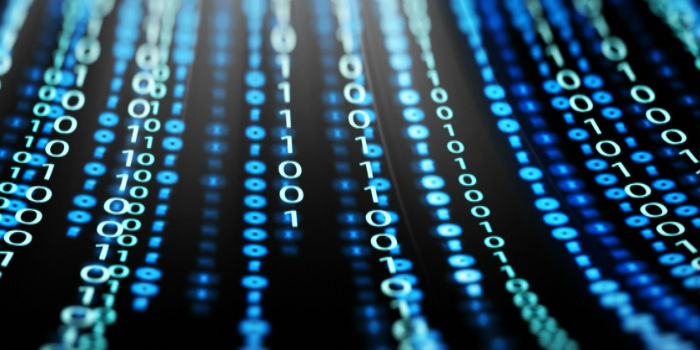 Yesterday the European Commission published a report ranking Dublin 16th out of the top 34 IT hubs in the EU. This will surprise many people in the Tech industry given the global scale and vibrancy of the IT sector in Dublin. Only this morning LinkedIn announced that it was looking for more office space for its International HQ in Dublin. How many of the Commission’s top 18 Tech Hubs have a headline like that in their local tech press?!

And there are of course lots of other major firms in the Industry with huge operations in Dublin, all of whom are looking for quality tech engineers. MasterCard setup their Global Technologies office back in 2012. The Dublin office has been designated as MasterCard’s Center of Excellence for Java Development. Google have their EMEA HQ in Dublin providing engineering support to its infrastructure and products in the region. And only last November Facebook announced it was expanding its international HQs in Dublin.

In fact as the IDA say on their website:

“Nine of the world’s top ten US ICT companies have operations in Ireland along with many other leading names in the sector. There are over 200 IDA supported ICT companies, directly employing approximately 36,000 people. They represent 22% of total exports, estimated at €35 billion. The ICT Sector continues to grow in Ireland as companies take advantage of the competitive environment, skill base and value propositions.”

Just two weeks ago Marcus Segal, Chief Operating Officer at Zynga said when speaking at the Smart People Smart Economy event at the US Embassy right here in Dublin, that he doesn’t believe it’s possible to be a player in the global tech industry “without having an operation in Ireland”.

The reasons why Ireland has had such an impact on the global ICT sector are many and varied but fundamentally as Segal also said “Nobody really got it like Ireland got it”.

Paddy Cosgrave (Founder of The Summit) speaking with Marcus:

Government and business here focus on the smart economy like no other country. It’s one of the easiest places to set up a business particularly for foreign companies and another crucial factor is the availability of world class engineering talent in Ireland.

The superb talent pool is one of the reasons cited over and over again by tech companies who repeatedly chose Dublin over the other Tech Hubs in the EU.

Many foreign firms that have established themselves in Ireland in the past have focussed on sales and marketing. But with Google and the other big players setting up engineering operations here, the software talent pool in Ireland is winning global recognition.

That’s why world class companies like Mandiant and TripAdvisor have based engineering hubs here, Ireland is graduating from an off shore sales platform to an integral part of the US tech industry.

Mandiant, recently aquired by FireEye, is a US firm that markets products and services which find and stop advanced network security breaches. Their clients are corporate and government.

It announced its new Dublin operation at the end of 2012. There was nothing new in this after all for a small country the Republic wins a huge chunk of all global investment but Mandiant’s announcement was different.

Instead of a sales office they were setting up an engineering centre in Dublin, this was core to their operation and an acknowledgement that Ireland was a world class centre for IT engineering and innovation.  Its Security Operations Centre (SOC) is currently based in its new offices in George’s Quay.

To get an idea of their standing in the industry they are 1 of only 5 IT security companies that have been certified by the CESG, the Information Assurance arm of the UK Government Communications Headquarters (GCHQ) and the Centre for the Protection of National Infrastructure (CPNI).

According to the CESG website this certification clears them to “deal with sophisticated, targeted attacks against networks of national significance”.

You can listen to Tom Keating, Managing Director of Engineering at Mandiant FireEye, talking about the new centre when he was a guest on NewJobRadio in December 2012.

[Update] And he was also in the studio with us again in November 2014 talking about this changes to the company since it was acquired by FireEye, along with some of the Software Development roles available.

Mandiant’s Dublin team supports both US and European markets. This was Mandiant’s first venture outside of the US. And the fact that they chose Dublin is testimony to the importance and technical gravitas that Ireland has in the American tech sector, arguably the most powerful industry in the world.

‘Mandiant chose Ireland as the location for this operation to drive our growth in Europe as well as to support the US market. We look forward to joining Ireland’s well established security cluster, the availability of top-tier engineering talent and the benefits of working in such a pro-business environment.’

In September last year global travel website TripAdvisor announced that they too would be setting up an engineering hub in Dublin. This new centre would have at least 50 engineers recruited locally over a two year period. Making the announcement Andy Gelfond, SVP Engineering and Operations, said that the supply of IT talent was a factor in this decision.

TripAdvisor is the world’s biggest travel site and not surprisingly its reach is huge when you consider it operates in 38 countries worldwide. It carries reviews of hotels and locations all over the world, including traveller photographs as well as many other services. According to its Factsheet as of December 2013 the company has the following mind-blowing stats for its website:

TripAdvisor’s Dublin teams will be working peer-to-peer with the engineers back in the States as Lars Holzman, Director of Engineering at TripAdvisor Ireland, said in an interview with NewJobRadio.

With investors like Mandiant and TripAdvisor in Dublin, the city’s drawing closer to the white hot core of the Global ICT Industry. Critical to this process continuing is the Republic’s Engineering talent pool getting bigger and better. Here at Verify Recruitment we have been sourcing high quality tech engineers for 4 years and have placed some fantastic talent into some of these organisations, contributing to the ongoing success of this sector in Ireland.

Ireland is attracting some high quality developers from abroad but a more effective solution is to nurture its own talent. Programmes like CoderDojo (which we are proud to be associated with), started right here in Ireland, offer extra-curricular coding experience to primary school children are important in doing this.

Ireland might well rank 16th out of 34 in the European Commission’s survey of European IT hubs but if Brussels wants to find out how a world-class IT hub does business it should send its researchers to Dublin.