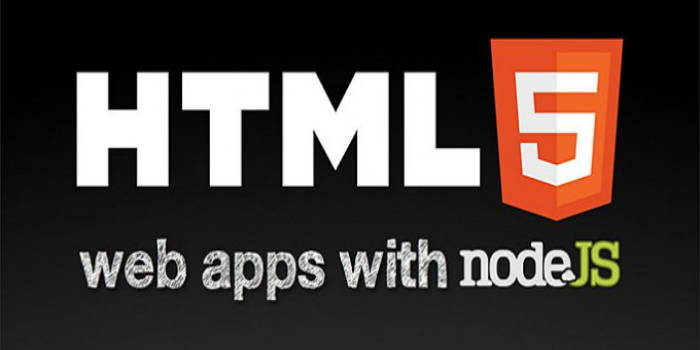 Just when Java is making a comeback against Ruby on Rails, along comes another pretender to the enterprise throne and this time it’s a migrant from the client side.

Node.js has moved from being the plaything of the front-end developer to a framework that’s becoming mainstream at the enterprise level.

At the same time of course, JS frameworks like Node and Angular are still blazing a trail in the start-up scene. New apps like Atraci, built using Node.js, are coming online all the time.

Atraci combines HTML5 and Node.js to create an application that searches YouTube for good quality versions of the songs selected by the user. The track library it’s searching through is more than twice the size of  the iTunes library.

Streaming music on Atraci is free which means the people who developed it are clearly confident in the ability of Node to handle global scaling. And being able to handle rapid scaling is one of the drivers behind Node’s success both in the start-up sector and increasingly at the enterprise level. It’s certainly not built for the era of big data: it isn’t going to be handling gargantuan datasets but it has demonstrated a flair for managing a huge number of multiple, simultaneous connections. Node.js can support 1m concurrent connections. The imperative of rapid scaling is becoming a priority among web services serving global markets.

This is reflected in the large corporations that have become Node.js champions like LinkedIn, where the Director of Mobile Engineering, Kiran Prasad, said:

“On the server side, our entire mobile software stack is completely built in Node. One reason was scale. The second is Node showed us huge performance gains. “

In the SlideShare presentation below, Prasad discusses what impact mobile has on architecture, explaining how HTML5 and Node.js can help, and sharing how to use these technologies effectively at scale.  Kiran Prasad joined LinkedIn in 2011. He currently leads the company’s mobile efforts, including phone/tablet and server solutions.

“Our Mobile Application Platform is built on Node.js which enables our customers to build incredibly responsive cloud-powered mobile apps that can connect to their Enterprise back-end systems.”

PayPal is another enterprise level company to adopt Node and Jeff Harrell “a designer turned engineer” at the company says that it’s heralding a new type of coder: a front-end specialist who can also build server-side functionality. This new engineer is a full-stack engineer working with Javascript right across all the layers.

PayPal’s new full-stack team selected their most trafficked app in the production sphere as the first to be built using Node. They also built the same application in Java as a redundancy measure so it could take over from the Node app if it crashed.

Node earned it’s place in the PayPal infrastructure: the team was able to build it faster than the Java app, using fewer resources and fewer lines of code and files. Again, demonstrating a greater efficiency than Java.

There’s a cluster of Node.js businesses much closer to home.

Apart from Feedhenry, which is now a well established IT firm, NearForm is a leading light in the Node.js community on the south coast. Founded in 2011 by Cian Ó Maidín and Richard Rodger, NearForm is a Node proselytiser and pioneer in the global enterprise space having delivered 50 production systems developed in the framework to clients all over the world. NearForm have just finished hosting the NodeConfEU in Waterford , the biggest Node conference in Europe. Click on the infographic to see it in full size.

And the node story in Enterprise development stretches right across the world to California with companies like NodeSource. Like NearForm, NodeSource, is a champion of the JavaScript framework among Fortune 500 companies.

NodeSource’s CEO Joe McCann told VentureBeat that the technology is selling itself to Enterprise CIO’s because of its flexibility, it’s open source and runs on multiple platforms, as well as it’s efficiency and effectiveness; he said that  Node can “have a functioning web server in five lines of code”. Also, in rest-tests run by WalMart, a large retailer that’s been won over by Node.js, there were no crashes or downtimes from Node based apps.

So Node.js is in its first flush of popularity but its aficionados should be mindful of Ruby on Rails: it was once hailed as the technology of the new social media age but now it’s in retreat on many fronts.

In spite of those intimations of mortality however, Node does represent something that might be considered a paradigm shift. The old division of labour into front and back-end coding might slowly be replaced by the full stack engineer who codes both front and back.