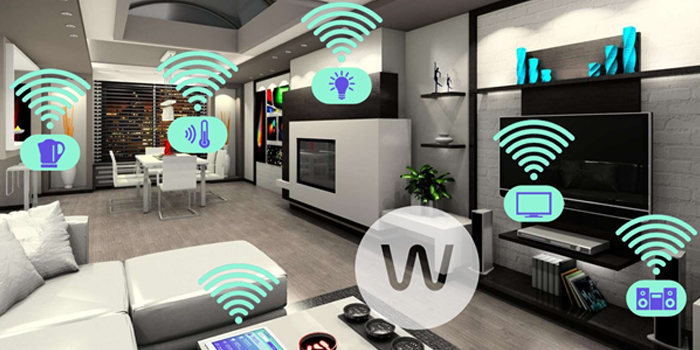 The proliferation of smart home devices, spearheaded by products from heavy-hitters such as Amazon and Google and backed up by a number of quirky start-ups, is well and truly at the forefront of home-based technology as we kick off a new year. A world in which everything in our lives, from our phones, tablets and computers to our thermostats, irrigation systems, window blinds, lights and wall outlets all seamlessly interact with each other whilst being simultaneously at our beck and call at the swipe of a screen or the sound of our voices, is very much here to stay.

Indeed, we are on the brink of a further spike in people adopting the idea of the smart-home, with 71% of Intel customers expecting to see at least one smart-home device in every household by 2025, and with 68% expecting the next decade to herald smart-homes becoming as commonplace as smartphones are today. Said anticipation has led IDC to suggest a rise of 15% in worldwide spending this year on the IoT to a staggering $772.5bn from $674bn in 2017, with an expected median growth of 14.4% per annum to 2021, passing the $1tn mark in 2020.

While hardware development costs; predominantly sensors and new device models, will hit $239bn in the same period, an increasing emphasis and proportion of funds will be directed towards software development, aiming to streamline existing device architectures and processes whilst increasing base functionality. This will, in the short term, concurrently drive a surge in hybrid devices as functionality catches up with, and subsequently supersedes, form; with control devices taking their design aesthetics from anything from remote controls to routers. 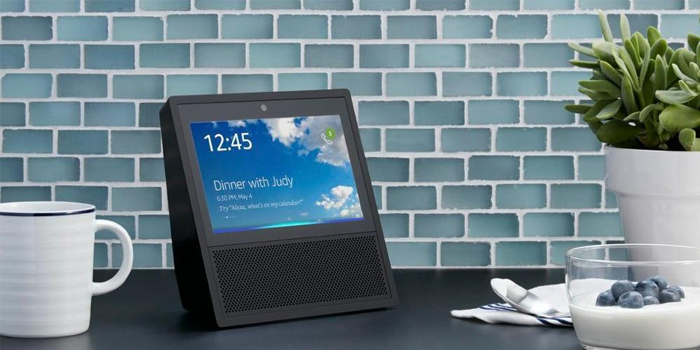 As such, following the recent launch of the Alexa-enabled combination Bluetooth speaker/in situ 7” tablet, the Amazon Echo Show, heralding a further step along the road to ubiquitous home electronics function control through a singular device, it seems appropriate to examine the trail we find ourselves on, learning where home automation holds its genesis, and the direction things look set to take in the near future as consumers see the automated home as less of a desire and more of a fundamental need.

The automation of manual tasks in the home is, of course, nothing new. From the arrival of the vacuum cleaner in 1901, the washing machine in 1904, and the subsequent development of dryers, refrigerators, microwaves etc., the idea of items within a home minimising the workload of the inhabitants has been a marketing constant which only subsequently becomes apparent when one or more of those devices is removed, such is their ubiquity and sold perception as a “need”. Case in point, my family home does not include a dishwasher (something a number of friends have found puzzling over the years), but, curiously (and equally puzzlingly), the same home has had a wired speaker system in every room linked to an old (and still fully functional) B&O stereo system since it was built in 1976, a vaguely ludicrous concept at the time, but now seen as highly accessible and desirable with the rise of Sonos systems and linked Bluetooth speakers.

Much like my father’s desire to have musical ubiquity throughout our home didn’t quite catch on en masse in the late 70’s, historically the smart home, and devices developed to spur its adoption, has had a few missteps and false starts, perhaps earliest of all with the Westinghouse ECHO IV in 1966 which, other than its expectedly prohibitive cost for most consumers, was also fundamentally ahead of its time and did not fulfil a prescient need in the eyes of the marketplace in that era. This would change, of course, and as such, contemporary smart-home devices focus predominantly on porting existing needs onto a single, multi-device platform, such as connected hubs like the Amazon Echo, Google Home, and the upcoming Apple HomePod. As IoT device sales grow, so too does the collective consciousness towards what it is able to do in the home to benefit the occupants, whether that be through saving money on electricity costs through smart lighting (Wink and Philips Hue), preheating your home in winter months through thermostat control systems (Nest), ensuring you don’t forget to order household essentials  (Amazon Dash Button, Smart Fridges), potentially lowering insurance costs through intelligent internal surveillance (Protect, Vivint, Abode), securing the home (August), conserving water use (Nebia), ensuring blanket Wi-Fi coverage (Eero, Plume), hygiene and ambient air quality (iRobot Braava, Airmega) or even ensuring the begonias in the flower bed stay blooming (Rachio Smart Sprinkler).

In addition, the contemporary home automation trend has, understandably, lead to a veritable explosion in the sheer number of different types of devices which have become online-ready, some of which you never even knew you apparently needed, such as remote pet monitors/feeders, smart egg trays, water bottles, and wine dispensers. The bakers amongst us may be a tad puzzled by tortilla makers and cookie ovens, but somewhat fascinated by a brainchild of ex-Apple developers; the June, an intelligent, food-sensing convection oven to take the guess work out of meal times. A tad more redundant, however, for the fashion conscious gadgeteer, a phone-charging belt, a weather-sensitive umbrella, and even, for those especially concerned with performance, prophylactics.

While evidently some IoT-fuelled devices are still struggling with the balance between “can we” rather than “should we”, it is undeniable that the rapid influx of connected home devices and, by association, the desire for harmony between such devices (currently somewhat beset by compatibility issues amongst competitor products) and their adoption in everyday home life will transition from a technological curiosity to an indispensable aspect of home life in the coming years. In anticipation of this, we can expect further refinements of existing products bolstered by the big players constantly trying to one-up each other, as soon to be notably seen with Facebook’s Building 8 projects taking aim at the aforementioned Echo Show, all competing to passively enhance consumers’ home lives, in that sense, smart devices are surely destined to transform homes of the near future, just as their washing and cooking predecessors did before them.