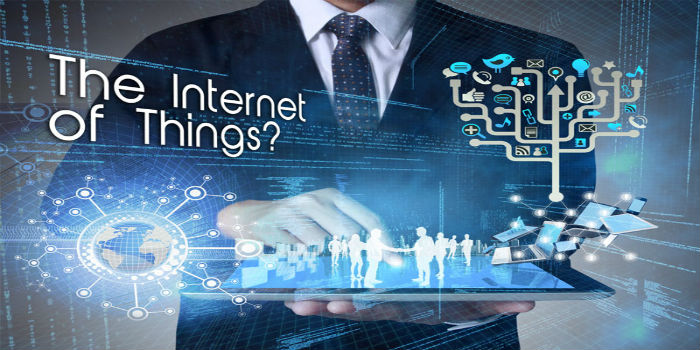 The explosion of obesity in this century is testimony to the success in the last century of the automation of every day life. Technology stripped out the manual labour that was necessary at work and in the home.

In 2014 we’re just left with the decisions about when to set a timer, throw a switch or turn a dial. But what if Information technology could even automate those decisions?

What if domestic appliances like your fridge and cooker, with embedded RFID  enabled chips, could negotiate on the optimal use of electricity in your home or your alarm could read your schedule and set itself to give you plenty of time to get ready the next morning. All this is possible in the internet of things (IoT) as IBM describe in the video below.

This next great tech revolution is already underway: according to a recent Gartner report in 2009 the IoT was comprised of 0.9 Bn devices which will grow to 2.6Bn units in 2020, increasing by 30 times.  Adding value of up to $1.9 Trillion to business globally! It’s being driven by decreasing processor costs, advances in wireless technology and the standardization of Internet Protocols. And as the chart below from Business Insider shows, the Internet of Things is already dominating how the internet is changing. Listening to the Planet

Not only will devices communicate with each other but they’ll operate by sensing changes in their physical surroundings. The IoT will listen to the planet, picking up on the constant fluctuations in the natural world.

McKinsey Quarterly reports on the improvements this technology will bring to agriculture. Farmers will monitor crop conditions using sensors in the ground and satellite technology allowing them to anticipate and respond to variable weather thereby optimising productivity.

Its versatility is evident in the billboards operating in Japan: the IoT technology inside these billboards can assess the consumer profile of passersby and then change the advertisement display accordingly.

Given the scale of this new internet and the volumes of data it’s going to create, the technology to manage it is going be in huge demand. It’s in this market that  Irish firm, Davra Networks, is enjoying global success.

Their offering aims to enable customers to “completely control all elements of an IoT installation from initial deployment, through to end customer application delivery”.

And within that there’s a strong focus on big data management, Davra’s API translates the raw data coming in from a customer’s IoT into a format that’s accessible for third party developers and analytics software.

Davra are working in markets as diverse as commercial fleets, oil, gas, mining and security.

They gained global recognition when Barry O’Sullivan ex-SVP of Cisco joined their board of directors last summer.

The CEO of Davra Networks, Paul Glynn, writing on their company blog estimates that the ultimate market size of the Internet of Things could be as much as $14 Trillion.

“Right now only 1% of the world’s devices are connected to the internet. The Internet of Everything will drive this connectivity to the other 99% and is expected to create a $14 trillion market opportunity in doing so. Our groundbreaking platform, which has been built to scale to tens of millions of devices, our strategic relationship with Cisco the market leader in Networking and having the best engineering team on the planet really excites me…”

With potentially billions of devices transmitting data every day it isn’t hard to see where the idea of Big Data comes from. Ultimately the volumes of data flowing in the Internet of Things will mean business models and organizations will have to evolve.This is something General Electric discovered in their Industrial Internet strategy related by Chris Murphy in Information Week.

GE sell service contracts with their main offering which includes jet engines, wind turbines and heavy engineering products. If those contracts are to be profitable they need to minimize any product downtime.

To do this GE had to became a software vendor. This software manages and analyses the big data generated by their clients’ Industrial Internet (GE’s name for the Internet of Things). It gives their customers greater control over their infrastructure.

GE’s software analyses huge volumes of data coming from the engineering infrastructure and report trends and highlight patterns that GE hope will give customers greater control over their operations and help anticipate problems.

We can look forward to the Internet of Things solving a lot of current everyday problems like the more efficient management of energy consumption which will bring down the cost of living. So we might be getting fatter with a more sedentary lifestyle but we”re going to be a whole lot richer.