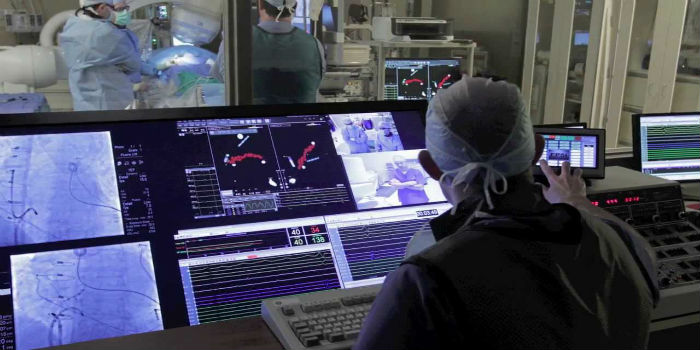 Ireland is becoming the go-to country for medical technology. International venture capitalists, always hungry for marketable ideas, are coming to Dublin this month to court the Irish MedTech sector.

Investors and entreprenuers will be brought together at the IN³ Medical Device 360° Dublin to be hosted in the The Shelbourne Hotel on St Stephen’s Green from April 8-10, 2014.

As reported in Silicon Republic, more than 30 venture capital firms with more than €6bn in funds under management will be here for three days to explore opportunities to invest in the booming Irish medical-technology sector. Some of the big names include including Omnes Capital, Sofinnova, Abingworth and Seroba Kernel, the Dublin-based venture capital firm.

Already, according to Enterprise Ireland, the Republic is the fourth largest exporter of medical products in the whole of Europe and as of 2012 this accounted for €7.9bn worth of exports. You can also see our earlier post about Ireland and the Tech industry here that we posted back in December 2013 which highlights the FDI situation in Ireland.

Given how critical exports are to the Irish recovery, the Republic needs MedTech innovators who will keep innovating. This was stressed by Jobs Minister Richard Bruton when he told the Irish Times last month:

“We want Ireland to become the Silicon Valley for medical technology companies. We want them all to come to this country to research and test their products using the Irish health system,”

That next area of innovation in MedTech is wearable technology. Wearables are becoming more important in medicine and the fitness industry in all sorts of applications. The most important feature of wearables is that as medical devices they are non-intrusive.

And the benefit for wearers is that they have unimpeded mobility while the device, usually a piece of monitoring technology, collects biometric data from them.

These devices can, for example, check glucose levels in the body, which is becoming more important with the increase in diabetes among the general population. Wearables can also be heart monitors keeping tabs on cardiovascular performance as more people start fitness regimes with varying levels of fitness.

This will also be a source of Big Data as vast amounts of bio data are received by medical teams monitoring these patients.

Wearable Tech World reports in a 2012 study by Transparency Market Research that says the MedTech sector will dominate the wearables industry certainly until 2018. Already in 2012 it accounted for 35.1% of the revenue generated there.

Founded in 2008, Irish wearable sensor firm Shimmer is exactly what the Government is looking for in its medical technology project. They are innovators in the wearables sector and are enjoying success in 60 international markets.

Shimmer recently announced that they’d won a $10m contract to supply American firm Emerge Diagnostics with technology that provides a platform for their new wearable device. This is designed to help diagnose and treat soft tissue damage in wearers.

Shimmer have also provided sensor technology to Biosensics as part of its LEGSys system enabling medics to monitor and treat patients with injuries and mobility disorders.

Just as innovative and and crucial for the realisation of Bruton’s vision is the work being done by Grasp Wearable Technologies. They work with the Tyndall Institute in Cork. Their core innovation, as CTO Dr Michael Walsh puts it, takes “A biomechanics laboratory and puts it on a person to measure complex movements out in the field”. They call it the Run System and it has applicability from sports and athletics training to health and rehabilitation, as the video below describes.

Tech innovation is here to stay in the Republic of Ireland. Its dense complex of interdependent industries and organisations will give the country a gravitational pull on companies already here and others looking to expand internationally.

It’s at the forefront of the current tech revolution and it will also be breaking new ground in future. Even Apple are looking at getting involved in the Health business with the introduction of the latest iPhone 6 according to iMore’s Peter Cohen. Cohen states that “Apple’s expended a fair amount of effort grabbing experts in medical and sensor fields this past year, meeting with federal regulators and more, so they’re clearly up to something.”

Wearable technologists will be breaking much of that new ground. But instead of wearables being worn on the body, in a few decades these devices could be in our bodies as experts anticipate microprocessors the size of red blood cells.  IT would then have really got under our skin.