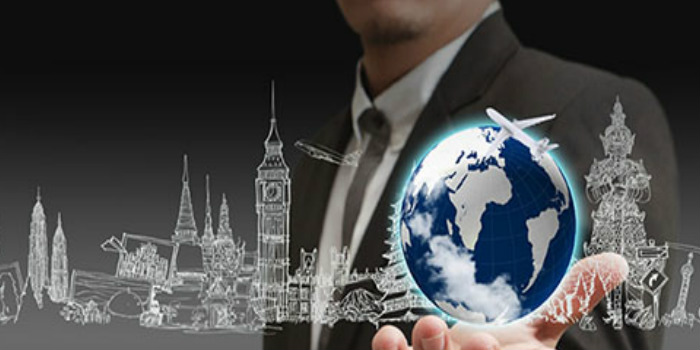 A major asset in the Republic’s economic recovery strategy is its position at the nexus of two wealthy economic blocs. On the western edge of Europe, Ireland qualified for membership of the biggest free trade zone in the world, the European Economic Community, as the EU was then known. It became a member in 1973.

The other bloc is the Anglophone world. Ireland is an integral part of this cultural bloc that comprises many of the wealthiest countries on the planet. The dominant one of course is the US from which the Republic receives most of its FDI.

All this has been exploited to the max by the Republic’s inward investment strategists. But it’s also something that works brilliantly for traffic going in the other direction: Ireland’s Global Entrepreneurs.

As citizens of an EU member state not only can they enjoy freedom of travel throughout the Union, they can also live and work there as well.

This provides a range of opportunities like working for big multinational corporations in established Western economies but also plenty of openings in the emerging economies of the new accession states in the East.

Irish workers on the continent have another advantage: the language of enterprise and commerce is English, which is indispensable for an entrepreneur trying to secure international investment or closing cross border deals.

But they can just as easily network in the great Western centres of global trade like London, Boston, New York and Silicon Valley. Being native English speakers, Irish business people have a crucial advantage over non-native speakers in pitching to investors and starting business relationships with suppliers and partners.

Hanrahan studied in Uppsala, Sweden and worked in the property market in Budapest. But he also worked for Accel Partners in London as well as studying at the London School of Economics and Harvard Business School. In 2012 he co-founded Handybook along with Umang Dua in Boston.

Handybook is an online service that enables users to book house cleaners and handymen. The company has won  $2 million in seed capital from Highland and General Catalyst. Like all good entrepreneurs Hanrahan, who is Handybook CEO, is starting small but he has a vision for his brand.

“Our vision is not to build just a cleaning company, but a brand that takes care of your home.”

Irish born Brothers, John and Patrick  Collison, co-founders of online payment company Stripe, which was valued at €1.75 bn at the start of 2014, are two more examples of Ireland’s entrepreneurial talent gone global.

They dropped out of Harvard and MIT respectively and together they founded Stripe in 2010. It aims to make eCommerce, buying and selling online, a whole lot easier. It’s set to grow hugely as the global infrastructure for internet shopping and trading develops, when retailing via your smartphone or laptop becomes the norm.

All of this is good news but there’s another chapter to the story:

There’s a positive feedback loop with Irish entrepreneurs bringing it all back home.

This is the story behind Qstream, a corporate training company co-founded by Irish born entrepreneurs who moved to the States and got the startup bug. Duncan Lennox and Barry Paul, graduates from Dublin universities, co-founded Qstream in 2008.

Just like the previous two startups it has Ivy league associations: the company is a “Harvard spin-off” and its offering is founded on work carried out by an associate professor of Harvard Medical School, Dr B.Price Kerfoot.

Like many stateside companies Qstream wanted to go global and again like lots of US companies they recognised Dublin as a great place to base their European HQ, which they announced last year.

But they went further and established an engineering hub in Dublin as well. Qstream delivers professional training from mobile and web platforms to staff in a range of industries including life sciences, technology and banking. They now work in markets all over the world.

We featured Qstream on our Business Podcast earlier this year when we met with Louella Morton, VP International Sales & General Manager for Ireland.

These are Ireland’s Global Entrepreneurs.

Ireland’s investment strategy appears to be subject to the law of unintended consequences. No-one anticipated the concentration of big tech players in Dublin would create a pool of world class tech entrepreneurs, who in turn would travel out to the white hot core of the industry in the States, setup their own tech companies, that would then return to Ireland as foreign direct investors.