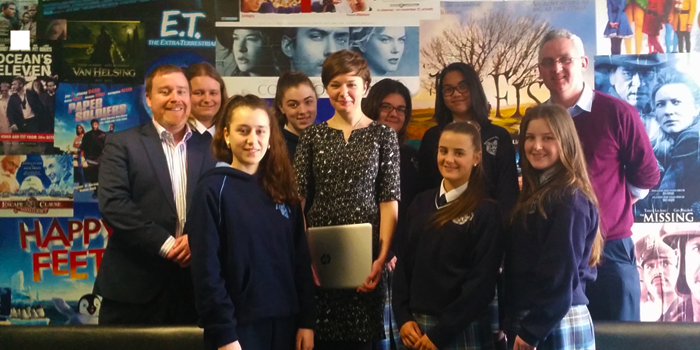 Secondary schools across Ireland are winding down this week ahead of their Easter holidays, which will see schools closed until the start of April again. It has been a busy term since Christmas for The Ada Lovelace Initiative, and this last week before the holidays has been no exception!

Since The Ada Lovelace Initiative was first launched in May of 2015, our goal has been to reach as many schools as possible with a female technology role model and once the schools came back after Christmas, we decided to add another option for our role model visits. We found that a trend was emerging as role models were registering for the initiative; that they would show an interest in visiting their old schools – returning to their roots.

Well done to Clodagh Doherty who went back to visit the T.Y. pupils of her old school yesterday – Dominican College Griffith Avenue. Clodagh is the Global Development and PMO Director at Ocuco, a software company which supplies off the shelf software to the optical industry. 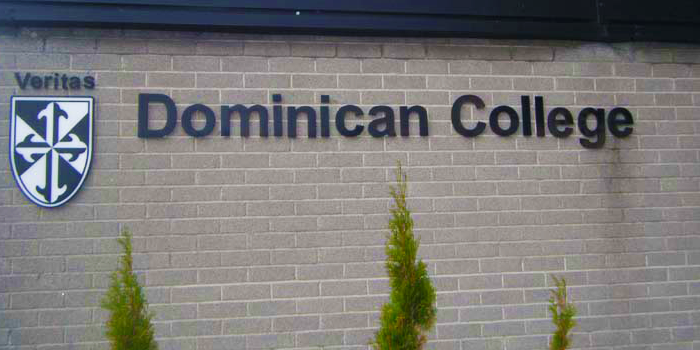 Clodagh received many questions from the pupils at her talk. If you are curious about the types of questions role models are asked by pupils at visits, Clodagh’s audience asked her some of the following:

Some of the teacher questions included a request for more information about computer programs in general and how Clodagh kept in touch with all of her teams globally.

Thanks again to Clodagh Doherty for taking part in A.L.I. & visiting the pupils of Dominican College! 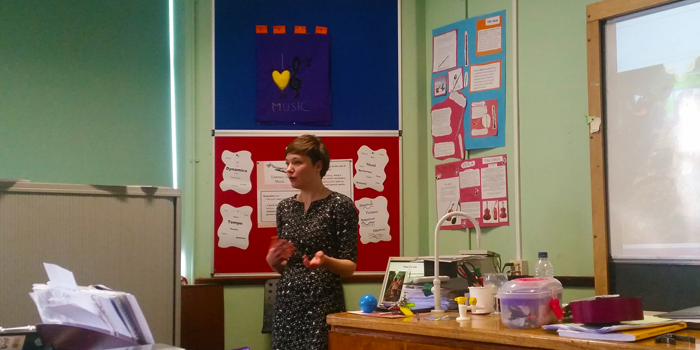 The second Ada Lovelace Initiative visit of the week took place today with technology role model Maria Chefneux. (Pictured above) Maria Chefneux is a Localization Product Manager with Udemy and today she shared her career journey with the pupils of Mount Carmel Transition Year. The pupils asked Maria many questions in relation to Udemy courses, the languages she has studied, the most challenging and rewarding parts of her work and her thoughts on internships. Maria’s school visit also marked a special 1st for The Ada Lovelace Initiative today – she presented the school with a new laptop on behalf of Udemy.

In October of 2015, Paula Hatch of Udemy spoke to a group of 75 girls in Loreto Abbey in Dalkey and the support from Udemy role models has continued since. In December of 2015, Claire Hough VP of Engineering at Udemy took part in The Ada Lovelace Initiative to mark the 200th anniversary of the birth of Ada Lovelace. Claire enthusiastically signed up as a role for The Ada Lovelace Initiative all the way from San Francisco and visited the pupils of Mount Carmel Secondary School in Dublin City Centre shortly afterwards to tell her story.

Following Claire’s visit, in addition to sharing her stories and experiences with the girls, she also very kindly arranged the gift of a new laptop for the pupils of Mount Carmel Transition Year – which Maria presented the girls with today.

Stay tuned for more news about our upcoming #alimystory school visits.  If you would like to learn more about The Ada Lovelace Initiative, please visit our A.L.I page. We are looking for role models from every county, if you would like more information about visiting a school on our waiting list, please fill out our form here and we will be in touch shortly. If you would like to visit a specific school, your old school or a local school for example, please let us know & we can facilitate this preference for role models.