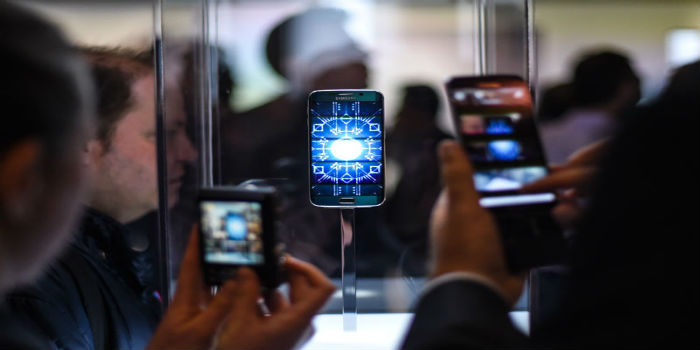 The morning train commute is a lot quieter these days. The chatter’s died because just about everyone’s flicking through the feed on their Smartphones. The decline in commuter hubbub has paralleled the rapid penetration of the mobile market by these devices.

In fact, for many people, even before they get to the office, they’ve been engrossed by their mobile for hours: Deloitte’s 2014 survey on the UK’s mobile consumer market reports that within 5 minutes of waking up 31% of adults had looked at their Smartphone. And in the half hour after waking 65% will have looked at their phone.

The phone remains with the user for the rest of the day, effectively it’s become a bodily appendage. Smartphones aren’t something that are kept close by for comfort; they’re constantly switched on and being used. Back in 2011 Business Insider calculated that Smartphones cost US business $650 bn a year in lost working hours. This is a measure of how compulsive users are in looking at their phones.

It would be a slack advertiser who didn’t see the acres of Ad inventory built into the Smartphone market. And when it comes to making money, Google and Facebook are no slackers: e-marketer calculated that both combined will have north of 50% of all advertising revenue. 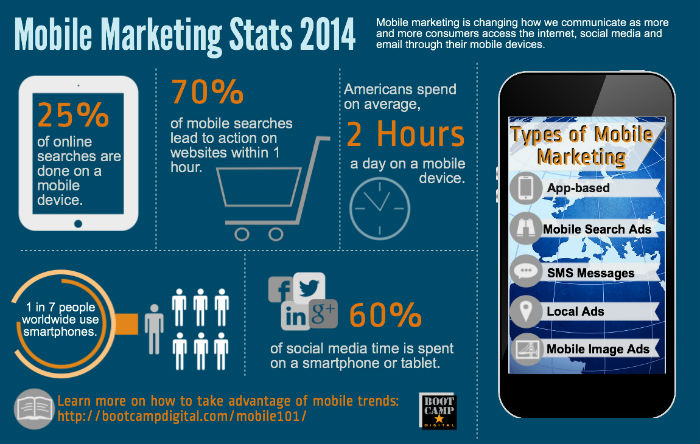 The revenues involved are huge and countless new digital marketers are emerging, in the shadow of the tech giants, to fully exploit the opportunities. But they need technology that enables them to target their ads and ensure that they’re not intruding on the users’ mobile space.

One new Irish tech firm, mAdme, is offering a platform that’s designed to do that. mAdme was founded in January 2013 by Triona Mullane in Dublin but has offices in Boston and London.

She’s currently the company’s CEO but previously was the CTO of Newbay, which was bought be RIM for $100Million in Nov, 2011 and she’s got 20 years experience in IT, gaining expertise in mobile networks and messaging as well cloud technology.

mAdme allows marketers to segment users and target them more effectively using parameters like “location, device type, gender, age range and interests”. This function’s aim is for each user receiving a mobile ad that’s launched from the mAdme platform, to get something that’s relevant to them and offers value as well. This is the difference between spamming and advertising.

Historically, there has been a big disparity between the amount of time people actually spend on their Smartphones and tablets (significant and growing), and the amount of ad money spent on the medium (still tiny).

New data from BI Intelligence finds that US mobile ad spend will top nearly $42 billion in 2018, rising by a five-year compound annual growth rate (CAGR) of 43% from 2013.

Another feature of mAdme is the range of triggers that can be set which decide when the ad appears on the phone screen. This stops it being intrusive.

If a mobile ad is triggered at the wrong time it could obscure the touchscreen controls and degrade customer experience. The mAdme triggers are designed to avoid that happening. The most popular trigger setting “Postcall” triggers the ad just after the caller has finished the call.

At this point the user is still likely looking at their phone but not necessarily using the touch pad. The ad would not get in the user’s way but the chances of them seeing it would be at their greatest, the benefit to the client would be increased click-through rates.

There are more features in mAdme’s offering: campaigners using the platform have the option of adding interactivity to the ad making it media rich.

A recent article on the CNBC website itemised 4 important trends in mobile advertising, among them is the need for accurate business intelligence on mobile phone owners.

Better intel gives a more nuanced profile of the Smartphone user and refines market segmentation. Ultimately, advertisers will be able to produce ads customised for the individual.

mAdme platform offers a feature called the “insights engine” that processes data on user behaviour and the impact of the advertising campaign is having on users.

Advertising is moving away from the traditional, and hard to measure spray-and-pray model, and moving towards something that offers real value to both the customer and advertiser. The journey to work is going to get a lot quieter.