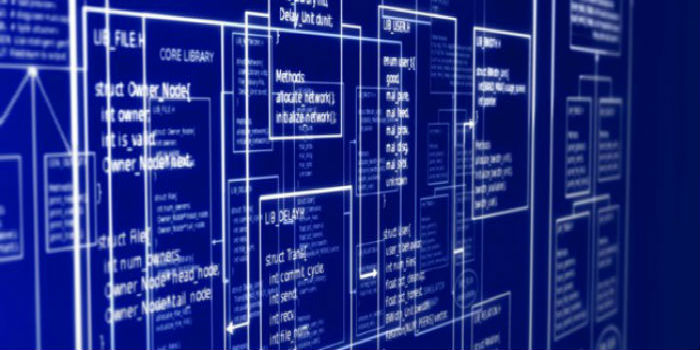 Since the Japanese developed the Kanban approach to manufacturing just after the war, every producer who has succeeded in the global market has used some type of innovative and flexible production methodology.

Whatever the innovation, the innovator found that decisions made during product development need to be made as close to the market or even the individual customer as possible.

While these new production systems were being introduced, traditional managerial structures had a tendency to get in the way: market signals coming into the production team had to be transmitted up the managerial hierarchy and inevitably got distorted; this resulted in the wrong decisions being made by people furthest from the market and furthest from the work in process.

The software industry’s own contribution to the annals of process innovation is Agile Software Development. Using the Agile approach, software development happens in short sprints; each incremental addition to the code is tested to see if it’s what the customer wants.

In fact, all parts of the production process, including design and project requirements, are continually revised and tested avoiding a panicked and costly reworking near the delivery date. In Agile there is constant pivoting, allowing for a leaner, more cost effective process as a result.

The one word that you’ll hear infrequently, if at all, in an Agile team is “manager”. There are no managers as such: no constant authority holding each member of the team to account, enforcing discipline when necessary and making final decisions. One of the striking principles in the Agile Manifesto that undermines the traditional role of the manager is that the team itself should be trusted to “get the job done”.

Essentially, managerial hierarchy and the complexity this brings, just gets out of the way and lets the producers get on with producing.

Just Getting on with Things

This is a frustration many people can feel in other business functions as well. A common sentiment is that the value added by each individual to an operation is diluted by its organisational complexity surrounding them.

Many people in large enterprises feel that they’re spending most of their time completing tasks of no obvious value while the value adding tasks get pushed further and further to the end of the working day.

How many meetings have you been at that drag on without any evident gain to any one attending, but all the time you’re racking up all the critical tasks you’re not doing; those quotes that haven’t been priced yet; that bug that hasn’t been tracked yet and the crucial email that’s sitting in draft unsent?

Also, staff in large hierarchical organisations perennially complain about waiting for a crucial piece of work to get signed off as it ascends the stack of management tiers.

Build projects around motivated individuals.
Give them the environment and support they need,
and trust them to get the job done.

Principles behind the Agile Manifesto

But control and management is necessary in business,  particularly today where a company’s area of contact with the public has expanded hugely with ongoing conversations with customers in the socialsphere.

Protecting the company brand in the market demands eternal vigilance: just think of how quickly a Twitter gaffe by a big corporation can go viral.

A growing movement within the tech start-up sector, is to get rid of the managerial strata and the control and monitoring that comes with it, altogether and have the flattest possible structure. But if this a reaction against the experience of bad management, then isn’t creating better managers a more effective solution?

A manager has to be more than a co-ordinator and their tasks have to extend beyond simply reporting to the higher-ups. Their core responsibility has to be team productivity, i.e. the value that the team adds to the operation. Their brief is to make the team greater than the sum of its parts.

This has to involve smart co-ordination and balancing resources but it also means being a great personal coach with the task of developing team members; making them a more valuable employee than when the manager took over the team.

And of course the heart of good management is leadership; there isn’t enough space here to even begin to define leadership but its ultimate aim is to make people want to do better and exceed their goals. How that’s done by good managers is an innate talent that’s hard to teach.

Without a manager the administrative tasks could get done but the spark that makes a winning team would be absent. Also, in the absence of recognised authority in the team there could be conflict with natural leaders emerging and clashing with each other.

Conflict can of course lead to greater creativity but only if there’s a willingness to compromise. If this is absent then time could be wasted on bickering and the team could even split between hostile camps with restricted communication between both. A manager can resolve a conflict like this or direct it to a satisfactory end.

This brings the discussion onto another intangible but critical quality in a modern business: creativity. it’s impossible to agree on how it happens but it does. And with customers demanding more innovation at a faster rate everyone’s asking: “Do managers and control mechanisms aid or hinder creativity?” A creative intelligence pushing against organisational control might be a stimulant to creativity. And a creative team forced along a production process will check any potential damage it might do to the brand and also ensure equal input by everyone and not just a few dominant parties.

One solution could be to bring back managerial roles to those operations where they’ve been discarded but subject them to continual testing and revision. However, this could undermine a leader’s authority and management might find it difficult to manage without authority?