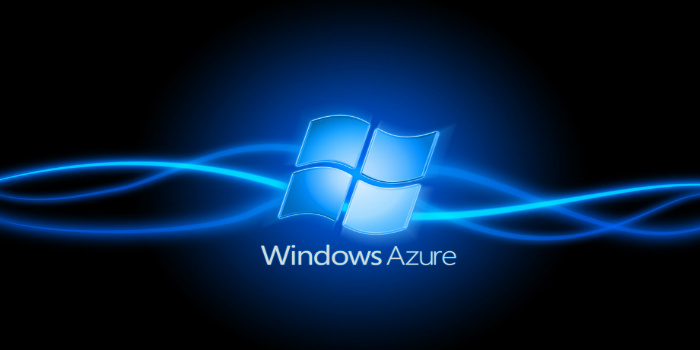 Whoever does become the next CEO of Microsoft can expect a good news briefing from their cloud people. According to Information Week, after launching its IaaS service, Azure has been winning a thousand new customers every day.

Yes, you did read that correctly. Every. Single. Day.

This is a far cry from the Sturm und Drang in 2010 when Microsoft Azure was positioning itself as a major rival to Amazon’s EC2 cloud service. Back then it was starting an uncertain journey, attempting to catch-up with the first of the big ICT players to enter the cloud.

EC2 itself has passed some major milestones in just the last few years: DeepField Networks, who make it their business to know these things, said that EC2 provides 1% of internet traffic in North America; Amazon have also built a virtual super-computer and run services from it. This means unprecedented levels of processing power can be spun up on a mouse click and delivered to smaller businesses at a fraction of the price of a private super-computer on terra firma.

But Microsoft has a strong historical presence at the Enterprise level and this has been an asset in Azure’s success to date. On top of which, there is a vast number of applications in organizations in the US and EMEA that were built using the .Net framework, giving Azure an even keener edge in the contest.

However it’s not all going Redmond’s way: according to Bloomberg, Business StartUps have been a harder market to crack and it’s unlikely Microsoft can take enterprise clients as a given when the Opensource movement offers so many advantages. Particularly as the upcoming generation of developers and future CIOs are steeped in opensource coding.

Despite this, the strategy people in Microsoft do appear to have a plan. Its new Emerging Business units reported healthy revenues with Azure alone generating income north of $1Billion in the fiscal year ending last April. That’s a mighty tasty figure to have on your books. Their cloud offering, along with other new business lines look to be on target to replace legacy products we all know to be gradually waning with each passing day of the demise of the PC as we know it.

The proof of the pudding is evident here in Ireland too with a number of both existing Irish businesses and new ones entering the foray. Back in September Ericsson purchased Microsoft TV from Microsoft, an end-to-end IPTV platform originally developed by the Seattle giant that, according to research by the Multimedia Research Group, is the global market leader in its sector. Now called Ericsson Mediaroom, it enables pay TV operators worldwide to deliver TV services to multiple screens and connected devices inside and outside customers’ homes. Built on MS Azure, Cloud-based TV Anywhere is a critical element in Ericsson’s strategy for Mediaroom, and with the rise in the subscription services such as Netflix and Hulu we can understand why. It’s also good to see that Erisccon’s own Engineering Team in Ireland will have an involvement with this new development.

Ericsson on its Mediaroom acquisition and IPTV

Other notable entrants in Ireland are the recent announcements of Indian Technology company Aditi, a ‘Cloud First’ Technology Services company, is to establish its European Services and Business Development Centre in Dublin, with the creation of 40 local jobs. Aditi has helped more than 150 companies run and transform their business with cloud platforms like Windows Azure, Salesforce.com, and Amazon Web Services.

For years, Accenture has used its industry experience to build software that meets specific industry needs. Now, Accenture is working on bringing this same technology to clients as a service with it’s Accenture Cloud Platform that can be managed through multiple service provider platforms including Microsoft Windows Azure and Amazon Web Services to name a few.

Talentevo, whose MD is Trevor Dagg is another homegrown Irish company whose HR & Performance Management offering is powered by Microsoft Azure.

Accelerate the speed of scientific discovery with Microsoft Azure

So the success of Azure certainly looks assured in the short term, but regardless of how it performs against Amazon, both might still be out-performed by an as-yet unknown market entrant. The Cloud will evolve faster than the internet, and the founder of the next Google could be tapping away on his tablet as you’re reading this article, confounding the best laid plans of the young cloud superstar and the regenerating oldster! And to bring you back to our first point in our article – in the time it has taken you to read this far, Azure has signed two new customers . Can your organisation boast those types of customer acquisition figures?!