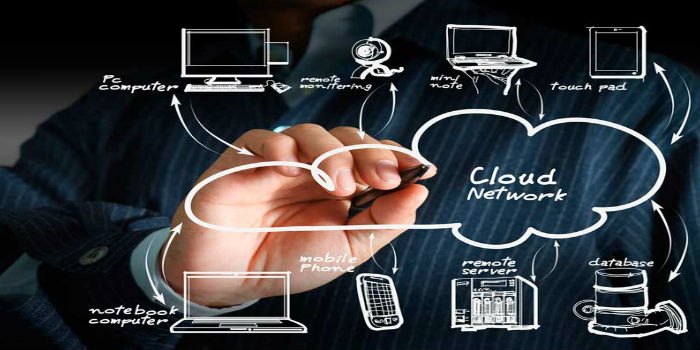 In case you missed it – and I don’t know how you could have unless you were hibernating – last Thursday Forbes magazine published the results of a survey that said Ireland was THE best place to do Business for foreign investors.

Despite many persistent problems in the economy, the country is now doing a lot better than the Mediterranean states it was lumped in with during the dark days of 2009. Unemployment is coming down albeit slowly, and yes, I know that some of that stems from our younger people emigrating to foreign soil however fear not, the majority of them will return (and I’ll touch upon that later on), Foreign Investment, particularly by the booming tech sector in the US, is at unprecedented levels according to the the American Chamber of Ireland 2013 report:

“U.S. firms invested $129.5 billion in Ireland between 2008 and 2012. It represented a greater total than had been invested in the previous 58 years combined. Ireland was the fourth-biggest recipient of U.S. foreign direct investment last year and attracted almost as much U.S. investment as all of developing Asia.”

Our very own IDA reports below that 9 out of the top 10 Global ICT Corporations have a presence in Ireland. Think about that for a moment, in fact, read that line again. 9 out of the 10 Global ICT Corporations! That is impressive for any nation, particularly a nation of our size with a population of only 4.5M people. To add to this, 3 out of the top 6 gaming firms have decided to set up in Ireland, plus we have the Top 10 “Born On The Internet” companies in our midst. And crucially the indigenous IT start-up sector is the fastest growing in Europe according to a study in the Wall Street Journal. Even Microsoft, one of our oldest Tech companies, is to invest €170M in expanding its EMEA Data Centre in Dublin. 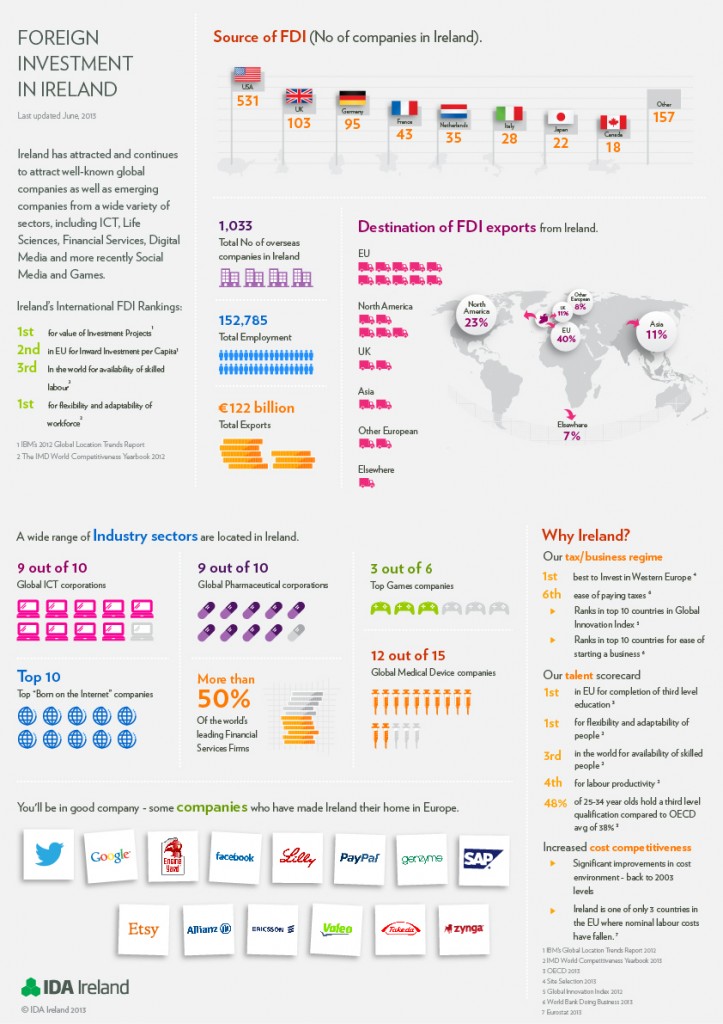 All of these reports make it appear as if the Irish economy is recovering from the ‘Great Crash’. But there’s dissenting opinion and it’s drawing uncomfortable parallels between the current boom in new IT enterprises and recent asset bubbles.

The loose money supply in the US means that investors have a lot of cash on their hands (or should we say, in their pockets) and it all seems to be flooding into the Tech Venture industry, creating what David McWilliams suggests is a bubble. It does appear as if we’ve been here before circa 2000 in the period leading up to the dot com bust…

And yet and yet…not all market surges are directly comparable. The rapid growth in new tech enterprises is being driven by the New Cloud Technology. Simply put, most of these new products & services solve real business problems allowing workers in industries all over the world to complete tasks with greater speed and more efficiently than before.

Additionally, the technology makes the business environment different this time.  Why? Well, Cloud start-ups selling services & apps online can start selling globally as soon as they launch. They can market into China and East Asia, the Middle East as well as Europe and North America. This global market can offer a hedging advantage to online companies: each region is on a different business cycle so if there’s a drop off in revenue due to tapering Chinese growth, the rising US market could offset those losses.

With the tech sector rocketing ahead, skeptics could argue that the Irish economy is trying to take off on only one engine, but these new ICT firms are not simply relying on selling into a single industry. They are targeting a wide range of industries. Their target markets include Travel & Tourism, Banking, Transport, the Corporate Market and many more.

Companies like Viddyad, setup by Grainne Barron offer commercial video production across the continents and are bringing what was historically an expensive & exclusive service to the masses. Espion an Irish based IT security firm managed by Colman Morrissey, is one of a number of firms and organisations helping to make Ireland a global hub for Cyber Security. Espion are not only a market leader in Security, they also advise the Irish Government on Ireland’s Cyber Security Strategy. And as we all know, when it comes to the new Cloud economy, security is critical.

Also, Dublin firm DemonWare is raising Ireland’s profile in the global gaming software industry with its operations in North America, Europe and East Asia. The backbone behind Activision’s online games such as the Call of Duty series, Guitar Hero, and Skylanders, the stats alone that Demonware support is incredible – more that 435 Million Gamers globally, 3.2 Million concurrent online gamers, processing 300,000 requests per second. More impressive figures from our small nation.

If there’s an asymmetric shock in one industry, for example Travel and Tourism, there’s sufficient spread in different industries to support the economy. This is something that Ireland never truly had before. Traditionally it was overly dependent on a narrow range of agricultural exports in limited markets without much product differentiation.

The solution to Ireland’s chronic economic problems always lay in its Small Business sector. Larger organisations rarely expand or hire during a recession, and yes, many small companies go to the wall. But it has always been the men & women who had the courage to start their own businesses, those who had been made redundant and decided to go it alone, those who were fed up with a certain type of uncertainty but who believed in themselves, who helped get this country back on its feet. And it is from these smaller businesses that Ireland can grow and over time create a sufficiently wide range of small, medium and large businesses.

If there is a downside, it’s that these new businesses are knowledge intensive and there’s simply no future in the economy for people without the right skills. Earlier, I touched upon our people emigrating, and this is why you shouldn’t fear for them: Those of you old enough to remember will have been through this before. Many of our young people fled these shores during our previous recessions only to return home again with a new range of skills that, coupled with our home-grown talent, brought us to the giddy heights of believing in ourselves again as a Nation. They became the new entrepreneurs.

With the New Cloud Technology now prevalent on a global scale, and bringing the world to our screens with such consummate ease, Ireland’s recovery will be different. Very different.