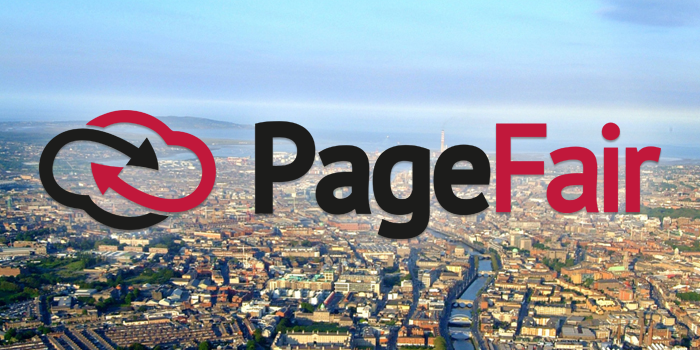 Adblockers can provide relief from online ads that are annoying, intrusive or sometimes they’re things that you just never want to see again as long as you live.

But they can also act as non-discriminating, blunt instruments creating as much harm as good on the internet.

Dublin start-up Pagefair is flagging up the potentially fatal threat many adblockers pose to a free and open internet that offers high quality content.

The problem is that adblockers tend to block all online advertising; high quality adverts that inform and entertain as well as the trash.  As a consequence Adblockers are draining advertising revenue from online publishers.

In a 2015 report PageFair found that adblocking cost online publishers around $22 billion (around €19 bn) last year. And worldwide there are 198 million adblocker users. A number that’s set to increase as adblockers become even easier to install on ubiquitous browsers like Chrome.

PageFair was set up in Dublin in 2012 by 3 Irish tech entrepreneurs:  Sean Blanchfield, current CEO; Brian McDonnell; CTO and Neil O’Connor, who’s the current COO. They market an online advertising solution that unlocks advertising potential for their clients.

The company chose its name because it captures the essence of their approach to the current stand off between adblockers and web publishers: PageFair are offering a fair deal to all parties where web publishers can start generating revenue again from online advertising and web users only get adverts that add value to web browsing and aren’t intrusive.

Business Insider published an interview with PageFair’s CEO, Sean Blanchfield, last July. In the interview Blanchfield outlined how their software works. He said that it “scrambles” the ad so that the adblocker plugin doesn’t recognise it, allowing their software to deliver the ad on the other side to the user.

PageFair’s product doesn’t block ads, instead it offers users an opportunity to easily “opt-out” from seeing an ad they don’t like.

Another selling point they want to promote is that the software doesn’t slow the web page during loading: the web page loads as normal; the Pagefair app detects if the ad hasn’t loaded because of the adblocker; it then “recovers” the ad, and gets it past the blocker plugin to the end-user.

PageFair is also keen to impress it has adopted the “Acceptable Advertising” criteria set out by the creators of Adblocker Plus, Eyeo, one of the most popular adblockers on the web.

Eyeo’s acceptable advertising is pretty much what any reasonable user or publisher would expect from good web advertising and it was compiled in consultation with its user community.

The exception for Eyeo’s acceptable advertising is when the user interacts with an ad; the presumption here is that they are interest in the advertising content and would like to earn more.

PageFair wants to ensure that the adverts allowed by its platform conform with Eyeo’s acceptable advertising criteria or exceeds them.

It’s trying to establish a consensus between publishers and users. While both sides have valid arguments the common ground between them is much larger but less explored.

Ultimately, everyone wants an open internet, with quality content and quality advertisements that generate revenue but with users retaining the freedom to decide what ads they want to see.