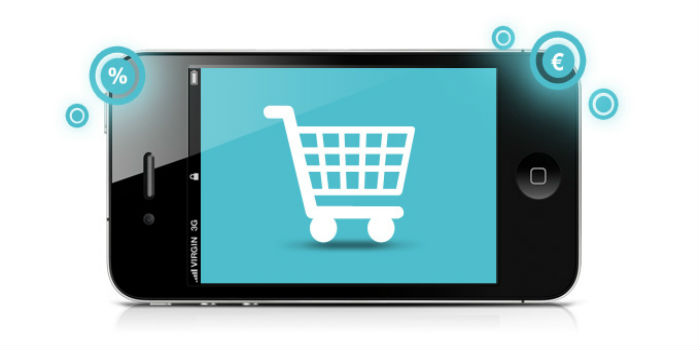 The history of retail is the history of evolving convenience: the retailer’s imperative is to remove any and all obstacles to people buying their stuff and anticipate any other obstacles that might come up.

Groupon is investing heavily in Mobile Commerce (or mCommerce). This is the latest technology that’s driving retail evolution. The mCommerce platform is accessible via a Smartphone or Tablet; the aim is to make this type of shopping even easier than tapping a debit card.

There’s plenty of evidence to suggest Groupon is making a clever move here: Forbes, for example, reports that mCommerce customers spend more than customers using eCommerce (shopping on the web). Using a Smartphone to buy stuff is just a whole lot easier than buying through the web, because your Smartphone travels everywhere with you.

Retailers using mCommerce can fully capture every impulse to buy, any time; a customer doesn’t have to wait until she gets to as shop or laptop to purchase, anyone with a Smartphone can satisfy that impulse as it comes.

Over 50% of Groupon’s global business is mCommerce. In some markets this exceeds 65% and it’s reflected in the number of app downloads that are ramping up to 110 million.

In it’s first phase of growth Groupon’s model was to “push” out email offers to the market. These mails updated consumers on discounts and deals. This has been subject to fast diminishing returns over the last while but company’s turn around has been down to adopting a “pull” model and investing in mCommerce to attract customers searching for deals.

As part of this “pull” strategy, Groupon have put 800,000 merchant pages online in 2014 with millions more ready to go. They contain merchant contact details, maps and reviews.

In North America the number of Groupon users searching for deals on mobile devices has increased from 9% to 24% Year-on-Year from Q3 2013 to Q3 2014.

The mobile revolution has been good for Groupon, and mCommerce is undoubtedly central to its future, so they need to think about the best approach to keep this momentum going. And they’ve decided to focus on mobile customer experience. They must eliminate anything that’s going to frustrate the buyer or complicate the buying process.

Sachin Kapur, Chief Marketing Officer for Groupon India, emphasised that the company is going to be focused on UX. Talking about where the company will concentrate its effort, he said: “expect standardisation in the format of websites that will enable a comfortable browsing experience, ease of payment, and relevant content at the time of consumption”.

To get this right Groupon needs to focus on testing. In fact their test team’s new slogan is a variation on the old sales aphorism “Always Be Closing” (ABC); Groupon’s re-coinage is “Always Be Testing“.

Groupon have been involved in mCommerce from the ground floor. When they started developing their platform there were no testing tools on the market so they built their own. They called it NST or “Non-Sucky-Tracking”.

This allows them to run 10 – 15 experiments a day. These experiments are centred around core indicators like user engagement and conversion. They can get visibility on these by pulling in big flows of transactional data via the app itself, distributing it out to their Hadoop clusters and then straining the data soup for business information.

The insight they can get from this is crucial in the rapid pivoting of their product development. This fast iteration improves customer experience and speeds product-to-market and all this is done on a global scale.

There’s another player in the Groupon value chain: just like the customer the merchant needs a platform that also offers a clean, smooth experience.

The Groupon Merchants app is designed for retailers and the aim is for maximum convenience; merchants can use their regular Groupon login details to login to the app. The functionality of the app is designed to allow users to track redeemed Groupon vouchers and customers spend per offer, this way business owners can track how an offer is doing.

Groupon have integrated Breadcrumb PoS software into their mCommerce platform after they bought the start-up in 2012.

It runs on both iOS and Android platforms and gets Groupon into full competition with Ebay’s Here and Square’s Register in the mCommerce market.

Breadcrumb’s ultimate destination is to be much more than a PoS system: it has staff scheduling capabilities, payroll tools and clocking-in software to track the hours worked by staff.

A more ambitious mCommerce platform, launched by Groupon last May for the iPad, is called Gnome. It’s an operating system and with it retailers can recognise Groupon customers as they walk in the door; it also offers a PoS system redeeming Groupon vouchers as well as credit cards. Groupon say it will offer CRM tools as well as integrating with business accounting software.

And with it’s folding stand allowing the iPad to sit on the counter in the same place the old cash register used to sit, Groupon’s ambition seems to be the retail equivalent of Bill Gates original PC revolution, except they’ll hope to put one in every shop.