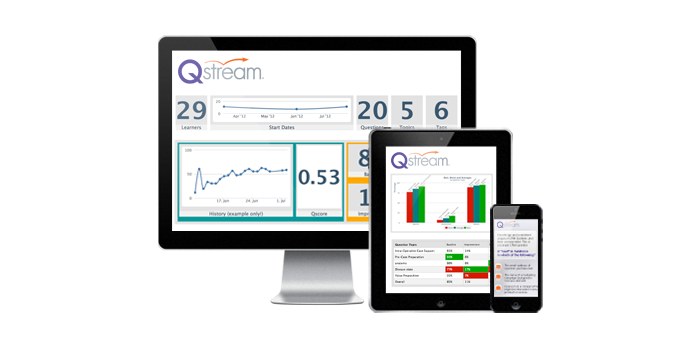 Regardless of the service, no matter what the product is, if a company doesn’t have a sales team nothing gets shifted and no-one’s going anywhere. Salespeople open doors for their employers, they build networks and develop relationships. They’re the everyday brand ambassadors, going out into the world and talking to people.

A salesperson talks to the most important party out there in the market place, people who want to buy or people who know people who want to buy. Given the value these employees add to an operation, investing money in sales training would be an easy sell to the finance department. According to research published in Forbes just two weeks ago, spending on Corporate Training with US firms has jumped by 15% in 2013 to hit a figure of $70 Billion in the US and $130 Billion worldwide. 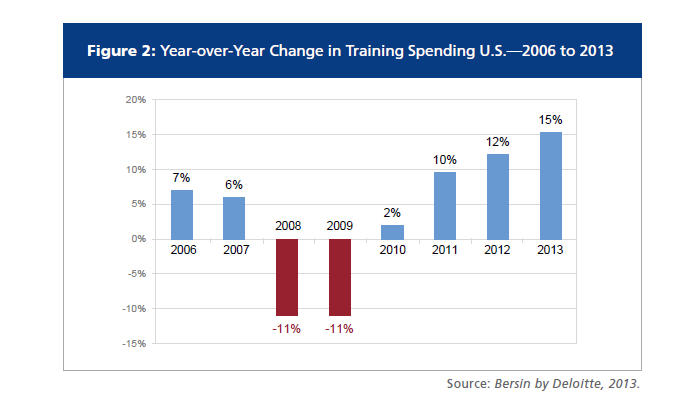 So learning and development for sales staff costs money and any finance team will want a return on this investment or at least reassurance that there will be a good return. Forbes magazine reports that in a corporate survey they conducted many of their respondents found it takes 3-5 years to get a professional working at full productivity, this is a substantial investment in each sales person.

Fortunately with the application of web technology, corporate training costs can be controlled and RoI boosted. In fact this IT sector has been so successful that worldwide less than half the hours spent on training are in live classrooms, the rest are employed using a variety of internet learning tools – from online university courses to mobile learning apps.

One innovator in this field is US company, Qstream. They market an interactive Learning and Development platform. It’s delivered from the cloud to mobile device and offers ongoing training to sales staff in a range of industries including the the Life Science and Finance industries. It was founded in 2008 by Irishman Duncan Lennox, a graduate of UCD and Barry Paul a graduate of Trinity College Dublin. The product is based on clinical research carried out by Harvard Medical School Associate Professor Dr. B. Price Kerfoot. His work developed the spaced and testing approaches to boosting long-term knowledge retention used in Qstream technology. It also demonstrated that this method provides a huge boost to memory retention. And as this short clip demonstrates it has many applications, including Medicine and corporate training.

Qstream’s edge over the competition is that this programme is ongoing. The product’s aim is to identify and fill gaps in the staff’s core knowledge areas and reinforce the retention of that knowledge.

Anyone who’s worked in the sales function knows that sales teams operate under the tightest time constraints: reps are always profiling, researching, talking to customers or just fire fighting.

For a product like Qstream to be effective there has to be an engagement strategy to make staff want to use it. As a solution they have applied gamification principles that will appeal to the innate competitiveness in good sales professionals.

Gamification is the application of gaming technology to learning and development. The results from the daily Qstream knowledge quizzes are processed into scores and posted on leader boards.

This has a powerful appeal for people who are naturally competitive and the competition it stimulates will drive engagement in the Qstream learning and development programming.

Setting Up in Dublin

On the 11th of November last year Qstream announced that they were establishing a European HQ in Dublin. Both Qstream founders, Duncan Lennox and Barry Paul having studied in Dublin would have known how competitive Dublin is in attracting foreign companies. They also would have been familiar with the ease of setting up a new business operation here, giving access not only to EU markets but lucrative markets in Australia and Japan.

In a conversation with New Job Radio, Qstream VP of International Sales & Ireland GM, Louella Morton, said that the company also intended to set up an engineering hub here in Dublin as the International HQ which would be the centre of engineering for the entire company. This is a trend developing over the last few years. As Verify blogged last week Dublin’s world class engineering talent is gaining more and more global recognition.

Businesses today expect a lot from their sales function to increase sales. It’s no longer acceptable to rely on a shot gun effect, firing off mass mails and hoping a lead will respond or cold-calling businesses who just don’t want to be cold called.

Salespeople need to establish themselves as a source of authoritative knowledge in their market. They must act as a consultant to their customer with whom they should be building a relationship.

A learning and development programme that can boost that perceived authority will become integral to any good sales strategy.