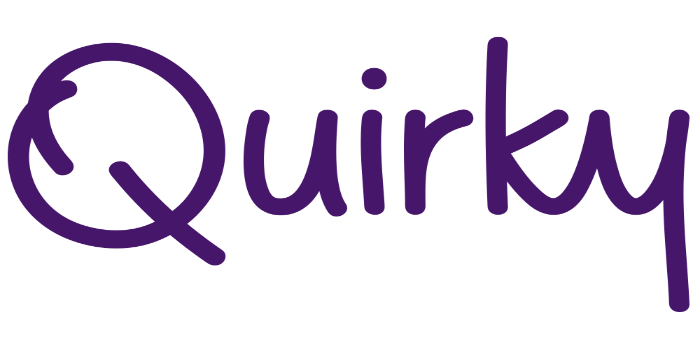 Many talented inventors live, invent and die without realizing that they’re talented inventors. The point of US internet company, Quirky, is to change that. The USP that the company’s marketing is that Quirky makes invention accessible. Quirky was itself founded by Ben Kaufman in 2009.

Their model works like this: people with a new invention or innovative business idea pay $10 to submit it to the company and its community.

They decide which ideas are good and should go into development. The idea might be submitted as a working prototype or just a quick sketch or paragraph; what’s important is that it’s put out there to the Quirky community and they get to have a look at it and decide.

It uses design professionals and associates to vote on the best ideas in a weekly batch of submissions. The process they use is called Design Market Viability (DMV). Each submission is tested at the start; the winning ideas are then handed over to a design and engineering team that work in-house to try and make it marketable.

The professionals are also helped with input from the Quirky community and each contributor is compensated in proportion to how much they contributed to the success of the product. There’s considerable buzz around Quirky, generated by the idea itself and its relentless communication programme.

The development process ends with its launch on the website and testing with members of the public. If it reaches a sales threshold at that stage then it’s marketed with the company’s retail partners.

While Quirky does use a social media platform, it’s not primarily a tech company per se: most of the products it develops are simple household conveniences that are non-technical, like the Mocubo chopping board, the Broom Groomer and other items. And from such lowly beginnings did corporations like IKEA begin.

The idea has wowed the tech investors as of last June they’ve raised $175m in capital, with $30m coming from General Electric which has invested in Quirky’s new Internet of Things (IoT) platform, Wink. The app has been spun-out as a stand alone company trading eponymously.

The software is a kind of “universal” controller for smart home hardware produced by a range of brands including Philips and General Electric.

These smart devices are household objects, like lightbulbs, with RFID chips inbuilt that control light, power and security in the home. The chip enables them to respond to a remote WiFi hub and app.

The Wink application comes as part of a solution that includes the Wink Hub. This is a piece of hardware that allows users to connect even more devices to the software’s sphere of control. According to David Murphy reviewing Wink in Tom’s guide, the app supports a myriad of protocols like Bluetooth LE, Wi-Fi, ZigBee, Z-Wave, Lutron ClearConnect and Kidde.

Wink is marketed as a kind of master app, Steve Lohr writing in the New York Times calls it an “equivalent of an open operating system”, which enables devices from different manufacturers to communicate with each other in the home.

But there are caveats with this technology: wink needs to be on the same home WiFi network as the devices. The user can’t have remote control of the devices outside the home.

It’s impressed the corporate players who are establishing themselves in the nascent consumer IoT market: as well as GE, other companies like Philips and Honeywell have partnered with Quirky’s new project.

But there is some dissatisfaction: Gizmodo gave Wink a scathing review on 12th February. Other reviewers,however, were more positive. David Murphy found the platform an “easy way for people to dip their toes into smart home systems without feeling overwhelmed by something that’s just too complex or costly.”

Stacey Higginbotham reviewing it in Gigacom did have difficulties adding new devices onto the platform. But once that was done the software itself was easy to use and pretty effective.

The IoT has been around for a while either as an idea or as experimental and expensive technology but the consumer Internet of Things is something new. It’s certainly got a way to go along the development curve but Quirky has made a smart move getting into this market.

It’s potential is huge because it offers solutions to countless, everyday irritations that people don’t think about until they happen: from losing your door keys; to leaving the lights on or worrying about a window left open while your not home. All these things will one day have an easy mobile solution, you just need not to lose your phone.