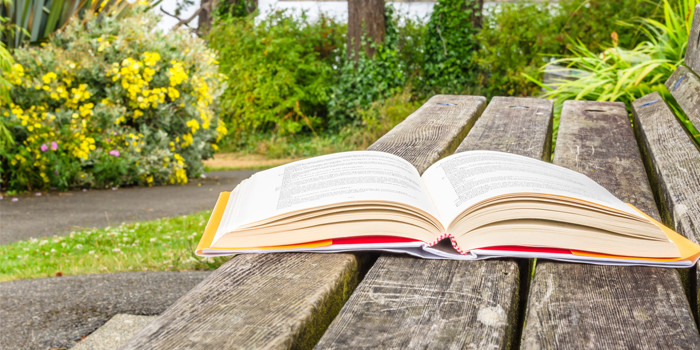 For the month of June, exams are underway in Ireland for tens of thousands of Junior & Leaving Certificate students nationwide. In all, a total of 55,044 students have entered for this year’s Leaving Cert exams, which started last week.

The beginning of exam season marked the end of the final school term which means one thing for the remaining students – school’s out for summer!

With the 1st, 2nd, 4th & 5th year students heading off on their summer break, we have reached a very significant milestone ourselves here at Verify – we are now celebrating the completion of our very first year running the Ada Lovelace Initiative & the numbers are in!

A.L.I. aims to address one of the main contributing factors to the low numbers of women entering STEM careers; a lack of visibility or access to female role models in this field. 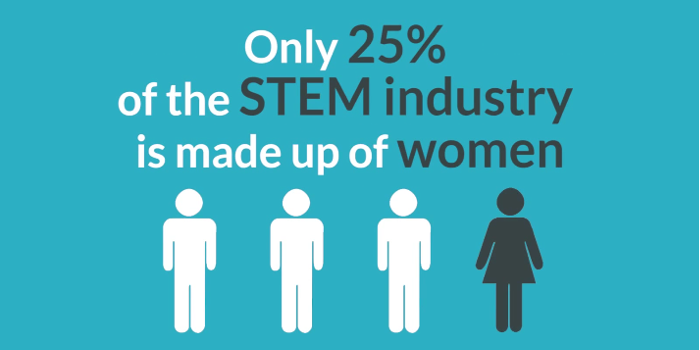 To help change this imbalance, we have been working with the technology community in Ireland this year to connect female professionals working in technology with Transition Year students for a one hour visit once a year.

Before we kicked off the very first school visits for The Ada Lovelace Initiative, we aimed high and decided that we wanted to reach 2000 pupils this year with a free technology role model visit.

We are delighted to officially announce that in the 9 month school calendar of September 2015 to May 2016, The Ada Lovelace Initiative reached approximately 3000 students nationwide!

We would like to say a huge thank you to all the role models, teachers, companies and supporters who have helped us to not only achieve our goal but to pass it by over 1000 pupils!

Many of our community have been on board with the news of A.L.I. since before our pilot launch, but if you heard about A.L.I. more recently or are just finding out about it right now – in today’s post we would like to share our journey so far with you & introduce you to some of the supporters who have made A.L.I. such a success nationwide. 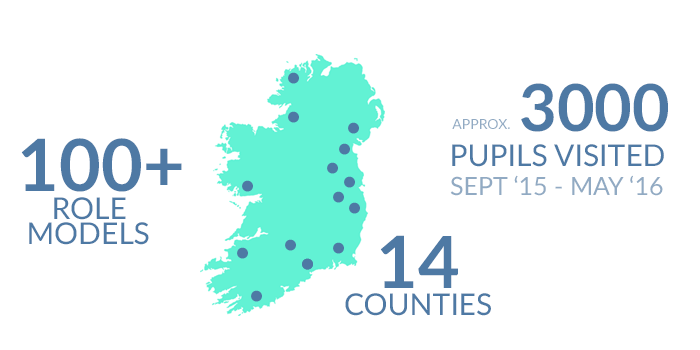 The Journey So Far

In August of 2015, The Ada Lovelace Initiative (A.L.I) was officially announced by Verify Recruitment in Dublin, Ireland & with the publication of the feature below by Karlin Lillington in The Irish Times – news of the initiative spread quickly! 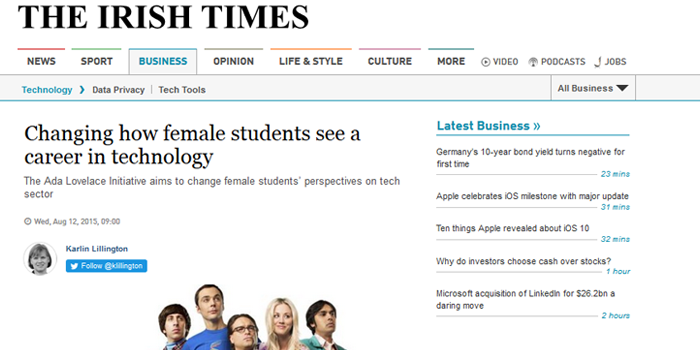 The success of the Ada Lovelace Initiative depends on the participation of role models & since it was launched, over 100 role models from over 75 companies in Ireland have registered to voluntarily visit a school to promote technology careers to female pupils.

There are schools registered in 14 counties for The Ada Lovelace Initiative & visits are available in Northern Ireland for GCSE & A-Level students too. 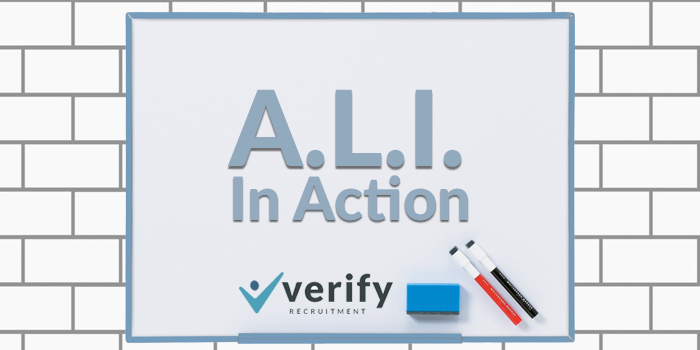 On the 5th of October, the first visit of this school year took place. Our first role model to head out to share her story was Dublin’s first Startup Commissioner Niamh Bushnell.

Niamh spoke to the Transition Year pupils of Muckross Park College in Donnybrook to tell them about the importance of technology in business in today’s world. (Pictured below) 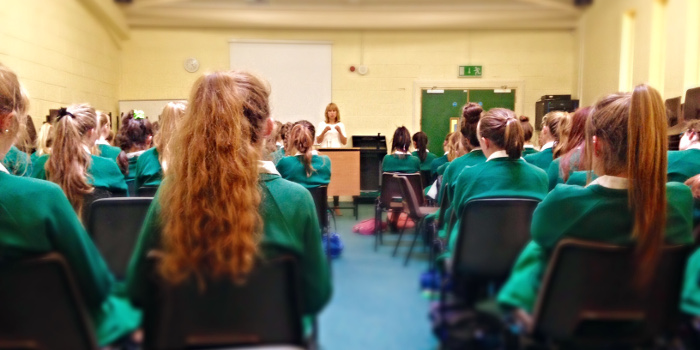 The very first technology professional to register as a role model for A.L.I. was Amanda Hay, who launched the pilot with Verify in May of 2015 in Mount Carmel Secondary School in Dublin City Centre.

In October of 2015, Amanda returned to visit two groups of pupils in Mount Carmel as part of our first official year of A.L.I. Amanda Hay is currently working as a Software Engineer with TripAdvisor in Dublin. (Pictured below) 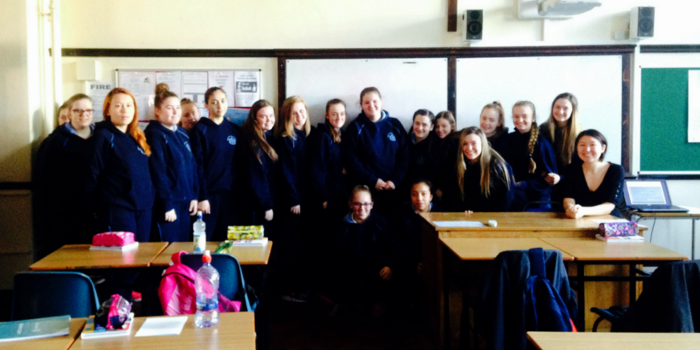 Ada Lovelace is widely regarded as the first computer programmer for her work on Charles Babbage’s Analytical Engine in the 1800’s. Ada Lovelace, often referred to as The Countess of Computing, called herself an ‘Analyst & Metaphysician’, describing her approach to her work as ‘poetical science’.

International Ada Lovelace Day was first launched by Suw Charman-Anderson in 2009 on PledgeBank. Nearly 2,000 people made a pledge to blog about a woman in technology whom they admired on 24 March 2009. The day was a great success with blog posts, newspaper columns and media coverage emerging to celebrate in honour of Ada Lovelace. 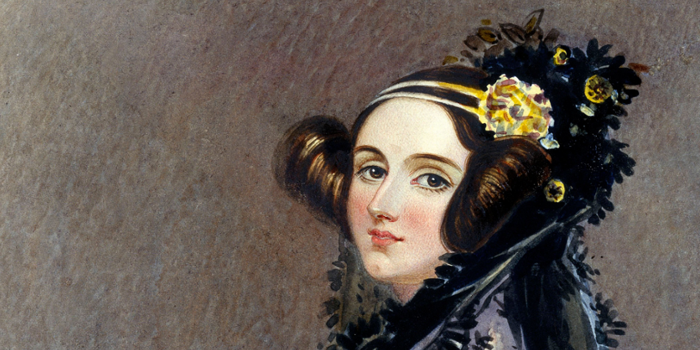 On the evening of 13th of October – Verify Recruitment arranged Ada Lovelace Day Dublin 2015.  TripAdvisor Ireland kindly hosted a special get together for The Ada Lovelace Initiative at their engineering hub in Dublin 2.

To mark the special occasion of Ada Lovelace Day, guests heard from two special speakers from STEM sector in Ireland, who told their own stories in the spirit of Ada Lovelace Day & celebrating the achievements of women in STEM. Our first special guest was Amanda Hay from TripAdvisor Ireland. Amanda told the guests about her journey into technology and her experience as a role model with the Ada Lovelace Initiative.

Rhona told the guests of The Ada Lovelace Initiative gathering that her story started with programming a robot with her colleague and friend, Eimear O’ Carroll (CTO of Restored Hearing) in Transition Year, and continuing to work together over the years, until they set up their unique products for tinnitus at Restored Hearing. 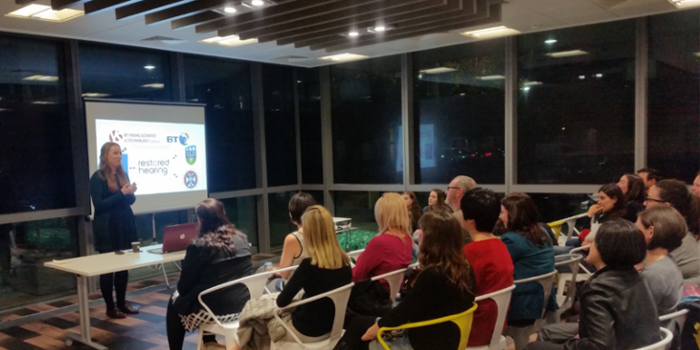 Once Ada Lovelace Day was celebrated, there was another special event on the horizon before long! 2015 marked the 200th anniversary of the birth of Ada Lovelace & with the help of Udemy in Dublin, we arranged something very special to celebrate Ada’s bicentennial birthday on the 10th of December 2015.

We had the opportunity to host Claire Hough, the Vice President of Engineering at Udemy.com on a school visit here in Dublin all the way from San Francisco. 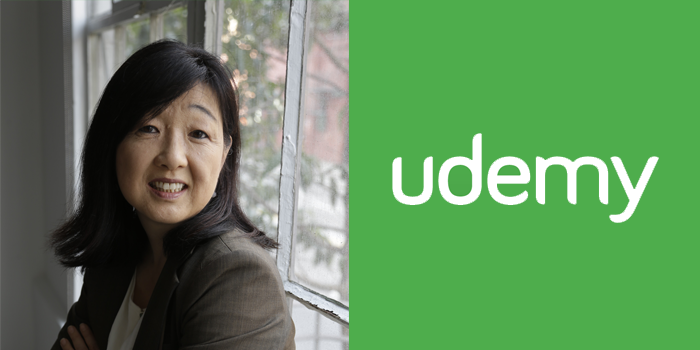 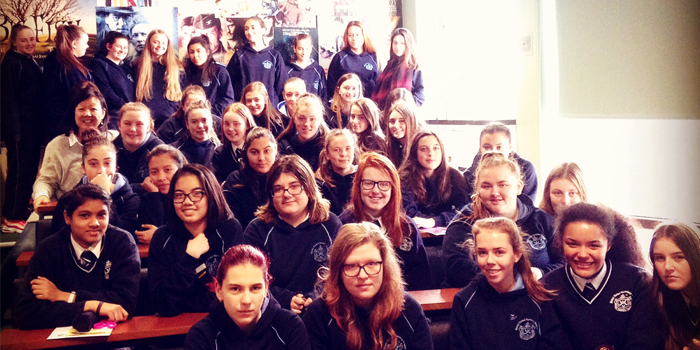 The support for The Ada Lovelace Initiative in local, national and industry news has been phenomenal this year. With the help of industry supporters such as The Dublin Globe, CoderDojo, Irish Tech News and the Science Foundation of Ireland/Smart Futures, the word has been spread throughout STEM communities here in Ireland in order to help us to find more voluntary role models to take part in school visits for A.L.I. 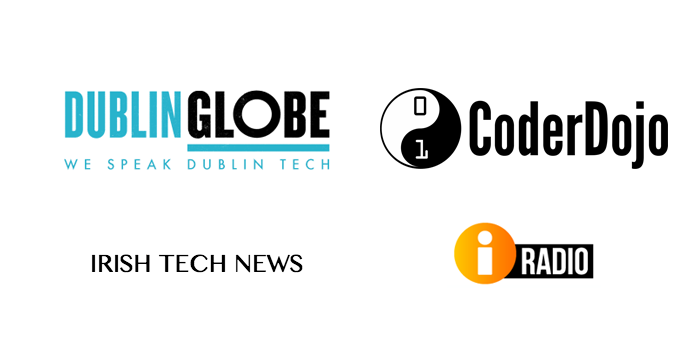 Regional newspapers such as The Tipperary Star, The Limerick Leader and The Meath Chronicle have also supported the initiative in order to help spread the news of A.L.I. to schools and teachers in their local areas. 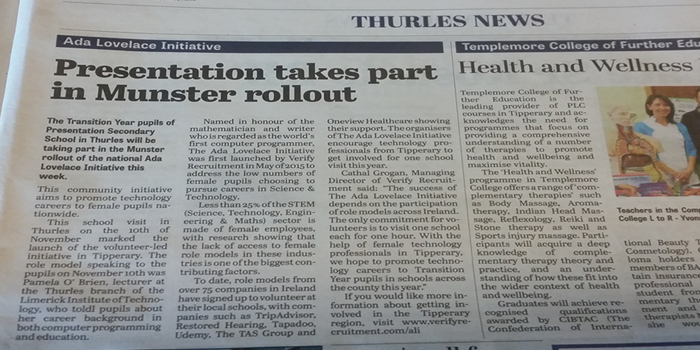 On the Map with ESRI Ireland

The community spirit and support for The Ada Lovelace Initiative from technology companies in Ireland has been  fantastic this year. In April, we were delighted to officially announce the launch of our Story Map – a fantastic resource which will allow you to see where A.L.I. visits are taking place.

With the introduction of this new Story Map, you can not only see visit locations but also milestones of the initiative, the schools taking part and the role models who bring The Ada Lovelace Initiative to life. 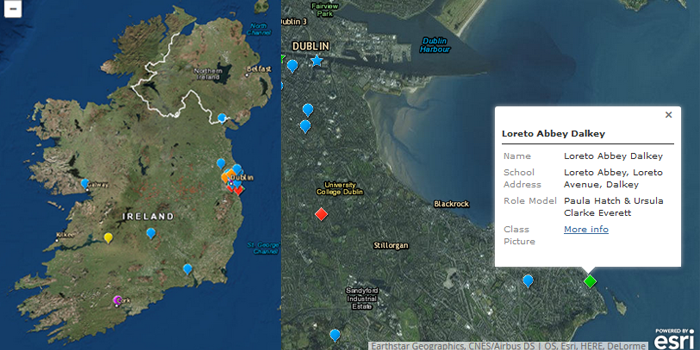 Last but most certainly not least, without the enthusiasm of the voluntary A.L.I. role models, the initiative would never have been able to reach 3000 pupils across the country in such a short space of time.The female role models of A.L.I. are a diverse group of technology professionals from a variety of roles.

In our Meet The Role Models interview series, we give you the opportunity to get to know some of the women who have made A.L.I. a success this year. We have just published out 15th role model interview, so if you would like to find out more about the technology professionals taking part, check out the series link here.

Meet The Role Models will run throughout the summer break, so stay tuned to hear from more technology professionals in Ireland. 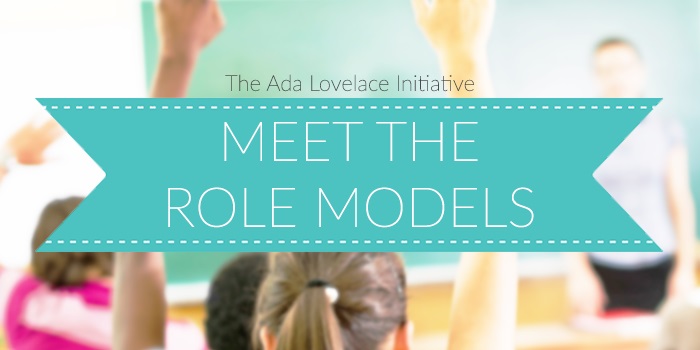 Although the schools are closing this month, we will continue to sign up role models and companies throughout the summer. Our 2nd school year begins in September 2016 & we intend to reach more than 5000 pupils next year!

Get Involved With A.L.I.!

The success of The Ada Lovelace Initiative depends on the participation of female technology role models, but also the participation of teachers and schools to host the role model at their school. If you would like an A.L.I Role Model to visit the Transition Year pupils in your school, please click here to register your interest.

If you think your local secondary school should receive a role model visit from The Ada Lovelace Initiative or if you will have a child in Transition Year in September, please get in touch with Róisín at Verify and we will register that school on your behalf and seek a role model for your area.

If you are a technology professional who would like more information for yourself or your colleagues, about visiting a school on our waiting list or if you would like us to connect you with your former school, please fill out our form here and we will be in touch shortly.