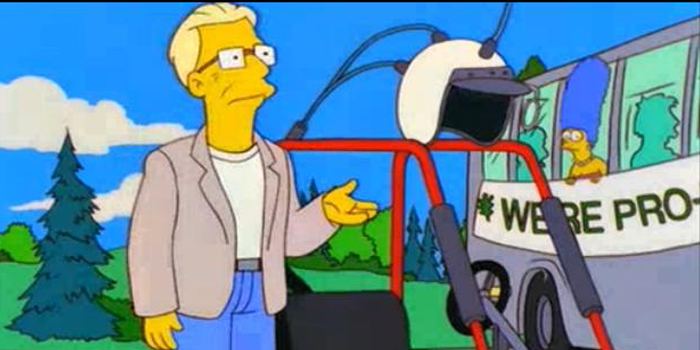 According to Census 2016, nearly 2m people across the Republic commute into cities dotted along the coast of our little island on a daily basis, with the average journey taking 28.2 minutes. Those of us who commute to Dublin city centre may find this figure somewhat incredulous at times, with my own journey from the suburbs taking just under an hour and thusly considered a bit brisk by many. Perhaps even more perplexing for city dwellers is the proportion of those travelling by car: tipping the scales at over 1.2m daily return journeys.

As urban sprawl, notably in Dublin, continues to bleed into the surrounding counties, admittedly at a rate significantly slower than is necessary considering housing demands, choked roads and at-capacity public transport are struggling severely to handle the ever increasing flow of people travelling to work each day. The onus, therefore, would be on long-term infrastructure planning and strengthening incentivisation methods of businesses to either establish themselves beyond or move outside areas of conurbation to free up space. However, this does little to help the average commuter in Dublin right now.

Faced with congestion, it is becoming increasingly imperative that alternatives be explored and adopted. For that, we must look at sustainable, technology-infused alternatives to personal transport which seek to solve as many concurrent issues as possible both now and in the near future. Such solutions must be cost-effective, kind or beneficial to the environment, and, ideally, should retain or instill an element of fun. Commuting may typically not be a particularly enjoyable necessity, but that doesn’t mean it can’t be one.

Thus far, the biggest switch made by commuters has been to two wheels, with a rise of 43% in cycling commuters since 2011. Furthermore, in excess of a reputed 75,000 people have signed up for the Cycle to Work scheme since first launched in 2009. More impressive still, however, is the 63% increase in the sales of electric bikes in the last year. E-Bikes typically retail between €1k and €3k, providing a stark range of benefits to the user to offset the relatively high purchase price: including minimal running costs; aerobic exercise for the rider; and minimal impact on muscles and joints on non-flat terrain and hilly roads. Of particular interest are the really rather stylish Unimoke, the ultra-minimalist Impossible, the rather brutalist Hanebrike X3, and the imaginatively named Sinclair A-Bike. Those of a wobbly disposition may also find comfort in the Jyrobike, featuring a built-in gyroscope to regulate balance at both low speeds and even a standstill. Gyro-based wizardry can also be found for those commuters who enjoy the concept of completing every journey with an internal monologue of “Da Da Dada Dada Da Da Circus” with the electric unicycle, the Solowheel, and the vaguely terrifying Ninebot ONE S2 from Segway, which dispenses of anything other than the wheel assembly.

Indeed, while Segway, through the ire drawn by their eponymous debut model in the early 2000s, have often been subject to ridicule over the years, their current offering has been refined to such an extent that their viability could extend beyond the novelty and into the city as originally intended: creating niche models derived from their decade-in-development open-source robot, Loomo; including the miniSERIES, KickScooter, and the traditional i2/x2 models, the latter bringing rugged, chunky aesthetics to match a mooted highly-improved off-road ability.

Indeed, those residing off the beaten track need not lose out on the flexibility of personal city-capable transportation, either. Both Outrider USA and Hexhog models can climb every mountain, whilst the SeaDoo SeaScooter can help you ford every stream. Perhaps the most intriguing is the Swincar Spider, boasting a fascinatingly simple quad-control arm suspension and wheel-mounted electric motor system, dismissing the need for a differential and allowing the body to act like a self-regulating pendulum: thereby enabling the vehicle to remain vertical on uneven slopes up to a frightening degree. However, if you don’t fancy traversing the land around you, the Aero-X hybrid bike/tandem-duct flying machine might tickle you. Capable of flight up to 10m above ground at a consistent speed of 65kph, the rider sits astride the vehicle like one would a sports motorbike. It is, however, a rather pricey option at €400k. As a concept, personal devices such as the Aero-X are, from historical evidence, a fascinating glimpse into what our everyday options may be at the end of the next decade, albeit with a distinct novelty factor inherent.

Novelty, however, does not have to be expensive to be effective. Orbitwheels, for example, combine the core concepts of roller skates and skateboards to give your shoes both colourful halos and directional versatility. This re-optimisation of established entities is also rapidly becoming a playground for technology firms, notably with the IoT long board Boosted, and the realisation of Marty McFly’s go-to, the Lexus HoverBoard. Drawing inspiration from pop culture doesn’t stop there either, as illustrated by the TRON-derived electric Lightcycle. Similarly, the Ford Carr-E brilliantly crosses styling cues from the Detroit manufacturer’s passenger vehicle range with a dinner service, and it would also perhaps not be too much of stretch to draw parallels between Austin Powers’ brotherly nemesis Dr. Evil’s rotating chair and the seat-based Honda UNI-CUB, the WALL-E-like YikeBike, and the hacked-up Harley Davidson aesthetic of the Ryno Microcycle. On a more practical level, derivations of existing vehicle parameters shouldn’t be discounted either. Large-scale manufacturers have much to offer for small-footprint motoring, from concepts like the GM EN-V to market-ready models like the Toyota iRoad, to the Nissan New Mobility Concept, which, with minimal changes, made it to the Irish market as the doors-optional Renault Twizy. This class of vehicle is set to become a fixture of our roads in years to come, as manufacturers and ambitious Tesla-inspired start-ups, such as Uniti, seek to find the next evolution: taking inspiration from the Japanese Kei class, the mass-market applicability of the Smart, and the adaptable platform as extolled currently by Volvo.

Through it all, the ubiquity of the motorcycle, scooter, and moped remains a pillar of the market, and continues to change with the environmentally-discerning consumer. Piaggio are particularly focused on leveraging their chic and retro appeal with the Vespa-derived Elettrica and the MP3 Yourban, a tricycle which can be ridden on a regular car license. Increased competition from stalwarts like Honda, Yamaha, and Suzuki, as well as burgeoning budget-brand Chinese manufacturers, is leading to a substantial increase in presence on Irish roads which, in tandem with a tightening band of mass transit availability, hints towards a consistent trend and a viable market that moves IoT, tech-driven and electric personal transit options from the gimmick to the mainstream out of pure logistical necessity.

Frustration, particularly at the unreliability and inconsistency of public transport, is indeed leading to an increase in both the adoption and the regulatory facilitation of alternatives. Indeed, this article was borne of said frustration, as indeed was a subsequent decision to step away from public transport myself and sit astride a 50cc scooter imported over from Japan to run alongside my little (but not quite little enough for city parking) Hyundai hatchback. So, if you happen to see some L-plate-bearing tall bloke during the summer wearing an Iron Man-themed helmet buzzing past on a utilitarian, vaguely Mad Max-esque Honda Zoomer, give us a wave!