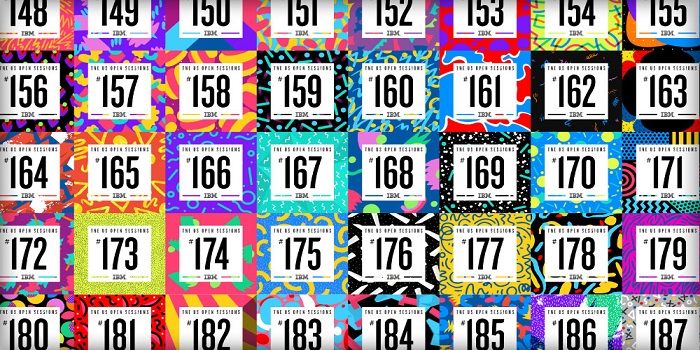 So, LCD Soundsystem came to Dublin end of September. During the summer I spent hours pressing refresh on TicketMaster’s website, picking traffic signs from image grids to prove I’m not a robot and still no ticket appeared out of the internet ether. I had resigned myself to enviously reading Twitter about how great the shows in Dublin were, when out of the blue the Monday of the week of the Dublin shows I managed to bag myself a pair of tickets – and yep, it was a pretty incredible show (and Al Doyle even liked my tweet about it!).

I’m sure I’m not the only one before a gig who tends to gorge themselves on the band’s music and my pre-concert tour of James Murphy’s and LCD Soundsystem’s archives uncovered his 2014 collaboration with IBM  – the US Open Sessions –  the output of which was James Murphy’s Remixes with Tennis Data. 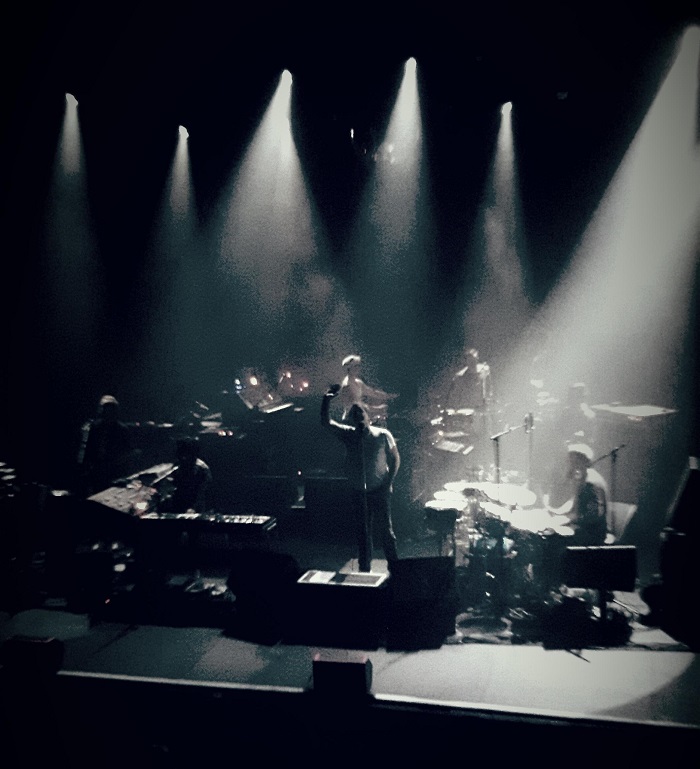 The US Open Sessions – what were they?

US Open Sessions was a project whereby IBM collaborated with a team including James Murphy to collect data during the US Open tennis matches in 2014 and then use a unique algorithm to generate music (interestingly, Irish designer and Art Director Sue Murphy had a significant role in that project).

From a technical perspective, “the storage, coding and extraction of data were all supported by the IBM Cloud. WebGL, Canvas, JavaScript, HTML, CSS, WebSockets and Node.js were used to create graphical representations of the music and tennis data. The IBM-created algorithm encompassed six coded “instruments” that generated different sounds depending on what was happening on the court, such as aces and breakpoints. Murphy then manipulated the sounds to produce songs” (https://tinyurl.com/ydadcnlj).

Murphy himself, describing the project, said ““We’re gonna generate almost 400 hours worth of music, only I’m not gonna sit here and play 400 hours of music. I’m setting up a machine to do that… I’m not writing music. I’m generating probabilities for music.”

After the tournament itself, those 400 hours of music were remixed into 14 tracks and released as an album – James Murphy’s Remixes with Tennis Data.

The album was released on SoundCloud in December 2014. Rolling Stone gave the album a positive review (‘Hypnotic’) and the tracks were named after the tennis match that the data was gathered from.

The track “Match 4” was described as:

“When a young player beats a top-seeded player, like in this match from August 25th, it’s bound to make some noise. And in this case, that noise is glorious: a series of simple, almost sweet opening notes that slowly transform into unexpectedly intense, mature sounds. Beats bubble up from out of nowhere, swiftly take over and set the track in an uncompromising new direction. Hear how James portrays the swagger of the younger player and the relentless drama of the match in the deep, pulsing beats”

Whereas the description for “Match 104” was:

“When this match began, it could have been either player’s game. And like the match that inspired it, this track opens with beats that are balanced—intense but equal, just like the players—with no instrument clearly taking the lead. The music pulses steadily until the last half of the track when the instruments start to break form as one player falls behind, and the other takes the lead. The track ends with a soft, high-pitched whistle that ushers the defeated player off the court.”

Unfortunately, the album is no longer available on Soundcloud and other than the Match #4 and Match #104 videos on Youtube the album itself seems to be pretty much publicly removed from the Internet in general. Still, the collaboration was very successful for IBM, with over 800K Youtube views.

Almost 2 centuries ago Ada Lovelace imagined that music could be generated algorithmically, and 1999 years after her birth, James Murphy’s and IBM’s collaboration showed that it could!