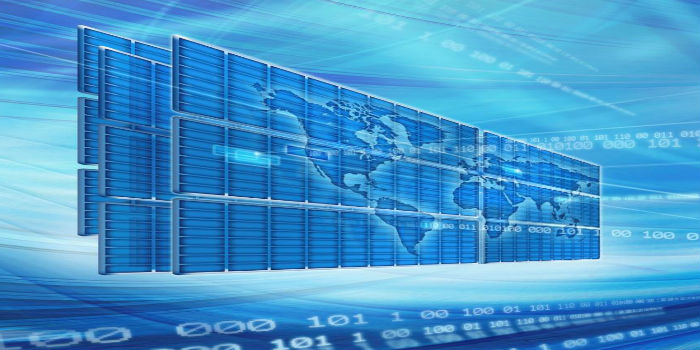 Many employees find the first day working in a large corporation indelibly marked by disappointment. The new hire might be impressed by the glass facade of the corporate building with its silent sliding doors. And the foyer with its tiled interior and 42 inch wall screens set to the Bloomberg channel, could impress as well.

But after passing into the bowels of the building it can be like walking into a different era. Not untypically, the newbie will be shown to a desk topped with a grimy, off-white PC of indeterminate vintage, still using windows 2000 complete with a DOS based CRM.

The morning usually continues in the same vein: the canteen is furnished with a solitary jar of instant coffee and a TV  operating on valve technology.

The enterprise market, to the despair of vendors everywhere, is notoriously slow to take on new tech.

But given the acceleration of technological change driven by the SaaS revolution how will this  immovable object  react on meeting an irresistible force?

Many of the reasons why C-level managers are reluctant to change have been highlighted by the 2013 SIM IT Trends Study carried out by the Society for Information Management. One of the issues uncovered was that the priorities of many CIOs  weren’t shared by the rest of the management team.

That’s not always easy. The CEO has a strategy and his job depends on implementing it successfully and the CIO has to convince him that his IT requirements, and more specifically a new software product that’s on the market, is critical to that strategy.

The CIOs themselves have their own concerns about adopting new cloud technology. The SIM survey ranked cloud security as their number 2 concern. A 2012 IDG survey put security as the the CIO’s top worry:

But good SaaS providers have the same priorities as their clients and there’s evidence that cloud security is winning over enterprise clients. Both Page Tech One, Dell’s online tech magazine, and ZDNet report that executives are finding their third party cloud services’ security to be outstanding and sometimes even better than their own. Another concern – integration – has been effectively addressed as well, with many managers finding that cloud apps work seamlessly with legacy infrastructure.

Brian Sommer, who wrote the ZDNet report, believes that cloud based HR applications have now won acceptance in the enterprise market and finance management applications are on the same acceptance trajectory.

All this suggests that software vendors have been listening to their customers and are developing customer centred applications that assuage their anxieties about new deployments and roll outs.

At the same time there are a number of  drivers compelling large corporations to adapt new technology. Firstly, many of the big global corporations that are emerging in the post-crash world are themselves technology firms, this means they generally have a deeper understanding of the latest technology and what it can deliver for them.

Secondly, they have grown from startup size to enterprise level at an exponential rate, so they need applications that scale at the same rate.

Thirdly, only a few years ago these companies were startups and even though they’ve grown in size they still have a startup culture and are less conservative than established corporations.

Which is all good news for Workday, a Cloud technology company that markets finance and HR management applications.

Workday has its European HQ in Dublin and it made a splash last month in the national press when it announced a huge expansion in the city creating 200 jobs over the next 3 years. The Dublin centre is also a major engineering hub in the firm’s operation. It works with the US development team in Pleasanton, California.

A  major client of theirs, TripAdvisor, fits the profile of the new enthusiastic cloud adapters. Among other services, TripAdvisor posts user generated content to give travelers advice on destinations all over the world.

TA’s motto is “Speed Wins” and its platforms support huge demand from its global audience. Speed and scaling are core to its operation. You can get an idea of just how important by listening to Lars Holzman, Director of Engineering at TripAdvisor Ireland, on New Job Radio.

According to TripAdvisor CFO, Julie Bradley, their legacy financial management application was like “churning butter“. Its reporting and analytics facilities were slow. It simply couldn’t keep pace with TripAdvisor’s dynamism. The company also prides itself on its engineering team, they want technology that works at their pace as well.

Workday’s HR, Finance and Payroll applications, according to TA, resonated with their philosophy and work rate. It offered scalability and seamless application integration, which is one of those problems that CIOs have always lost sleep over when rolling out new applications.

The Workday suite also provided application consolidation which streamlined licensing and saved lot of extra work for the management team.  In TA’s words this solution was a “Home Run”.

The TripAdvisor case suggests that in the enterprise market there’s as much pull as push in adapting new technology: the business environment itself is forcing the alignment of IT needs with business needs as Aneel Bhusri, co-founder and CEO, Workday, told the IDA when making the Dublin expansion announcement last month.

“This is the most disruptive time in enterprise applications in more than two decades. Companies around the world are replacing their old mainframe and client server systems with modern and innovative cloud applications that actually deliver real business value,”

Which means that the software vendor who’s offering fast and easy-to-work with solutions, isn’t just a hero in the C-Suite but also to the countless new hires throughout the enterprise world as well.